Are Living Wills Able to Stand Up in Court?

Since every state has a provision recognizing advance medical directives, such as living wills or health care powers of attorney, a living will, properly executed according to your state’s laws, should be able to successfully resist a court challenge. However, there are some possible pitfalls that may hurt your living will’s ability to stand up in court. 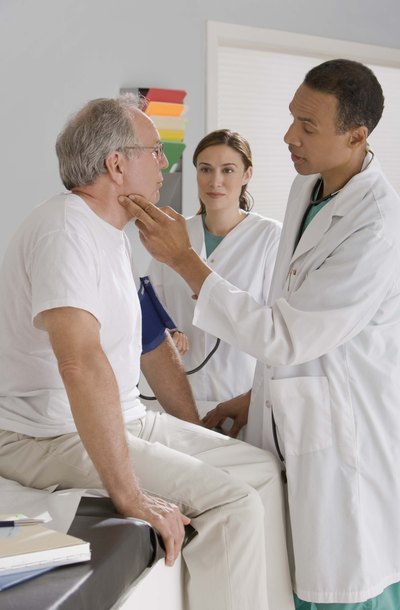 As with other legal documents, a living will is not valid if the patient is not competent to sign it, such as in cases where the patient has a mental condition that prevents him from fully understanding his decisions. Thus, a living will executed by a legally incompetent patient may have problems standing up in court. Competency, or mental capacity, refers to the patient’s ability to understand the decision he is making by signing the living will, as well as the ability to communicate that decision. Patients are generally presumed to be competent unless there is sufficient evidence to the contrary.

Your living will could have trouble resisting a court challenge if it was not signed in front of the appropriate witnesses according to your state’s laws. For example, Arizona requires one witness and a notary; Colorado requires two witnesses but no notary. Most states also restrict who may witness the living will. This may include prohibitions against witnesses who are related to the patient or who are responsible for payment of the patient’s medical care. Since state laws on living wills differ, it is important to consult an attorney or online legal document site to ensure you are signing your living will in front of the appropriate witnesses.

One way a living will could be challenged is based on a lack of reciprocity between states. For example, if a patient signs a valid living will according to the laws of State A but then moves or receives treatment in State B, State B’s courts may not honor it if the living will does not comply with State B’s laws. Most states have reciprocity provisions whereby they will recognize a living will created in accordance with another state’s laws. However, since each state’s laws differ, you may want to consider creating a living will for several states, especially if you spend significant amounts of time in multiple states.

Protect your loved ones. Start My Estate Plan
Are Living Wills Binding Documents?

Can the Next of Kin Overrule a Living Will?

When you can’t make health care decisions for yourself, your next of kin can step in to make those decisions for you. However, while you are still capable of making decisions, you can create a living will to document your health care wishes. When your documented wishes conflict with what your family wants, your physicians are supposed to follow the terms of your living will.

Standard Will Vs. Living Will

It is important to communicate with your doctor when medical care must be administered. Being able to convey your wishes and make decisions is the key to controlling what form of treatment and care you receive. An advance directive, such as a living will, makes it possible for you to put your wishes in writing ahead of time, so they can be followed if you are too sick or injured to consult with your doctor. A health care proxy, another form of advance directive, allows you to appoint someone to make health care decisions for you.

Are Living Wills Legal in Florida?

A living will is a legal document that allows you to set forth what types of medical treatment you do and do not want ...

Can I Fill Out My Own Living Will and Have it Be Legal?

Your living will is a legal document that explains the kind of medical care you do and do not want to have if you ...

Does a Living Will Expire?

A living will provides you with the freedom to determine how medical decisions should be made in the event you become ...

Is a Living Will Valid After Death?

When you become unable to make your own medical decisions, someone else must make those decisions for you. A living ...