How Long After a Separation Can You Obtain a Divorce?

If your state accepts separation as grounds for divorce, this is one of the easiest grounds on which to file, because it is usually indisputable. In most cases, one spouse stays in the marital residence and the other moves elsewhere. You don’t have to go to excessive lengths to prove your spouse guilty of any particular misconduct. However, you can’t separate and file for divorce a week later. All states require that you remain separated for a while before you can file. 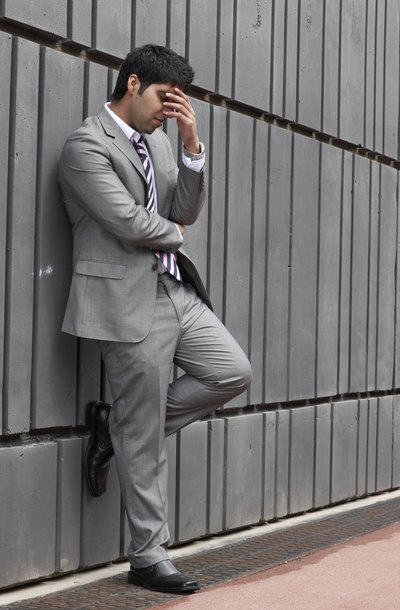 Some states, such as Virginia and Illinois, do not require you and your spouse to take up separate residences to begin your separation. If you remain under the same roof, however, you must cease marital relations and essentially live as roommates. You must maintain separate bedrooms and confine your contact to common areas of your home, such as the kitchen. Even then, your contact should be in passing, not taking meals together. Your separation begins on the date you start living this way. If one of you moves out, that’s your beginning date. If you reconcile, even for a night, most states require that you start the count all over again.

Separation as a No-Fault Ground

Most states consider separation a no-fault ground for divorce. When you and your spouse part ways, it’s usually an acknowledgment by both of you that your marriage is over. However, you must still establish that there’s no hope of reconciliation by remaining apart. This time period ranges from six months in Louisiana and Montana to a matter of years. For example, in Hawaii and Pennsylvania, you must remain separated for two years. In Rhode Island and Texas, it is three years, and in Idaho, you must stay separated for five years. Some states, like Illinois, Vermont and the District of Columbia, allow you and your spouse to mutually waive the statutory time period and file for divorce after six months.

Separation as a Fault Ground

Separation is generally not a fault ground unless one spouse opposes it. When this occurs, most states refer to it as either abandonment or desertion. There’s usually still a time requirement, however. This is generally a year, such as in Connecticut, Utah and Illinois, but the requirements vary from state to state. New Hampshire calls this fault ground the “unexplained absence” of your spouse and he must remain away for two years. In Arkansas and Nevada, separation is both a fault and a no-fault ground.

After you’ve met the separation requirement for your state, you can’t automatically be divorced. You must then file for divorce. Some states have waiting periods between the time you file and the time you receive your divorce, even after you’ve lived separately for a significant period of time. This can be as short as a month in Alabama to three months in Washington and six months in Louisiana. A few states, such as Arkansas, waive the waiting period if you’ve already lived separately long enough to qualify for this ground.

Divorce is never easy, but we can help. Learn More
Does Separation Time Count in Divorce

Marital separation can be particularly complicated in Arkansas because the state recognizes two types of marriages and three kinds of legal separation. Sorting through all the laws and rules pertaining to each can be daunting, but the method of separation you choose comes down to a few basics: your personal preferences, your ability to negotiate and how you got married.

Sometimes it is not feasible for one spouse to move out of the marital home in preparation for a divorce. The drive to save money by maintaining one household, as well as keeping both parents in frequent contact with the children, may encourage you and your spouse to remain living in the same home but establish separate lives. In Connecticut, you can still get a divorce if you live in the same house, but you cannot base the divorce on grounds of separation.

Unfortunately for some spouses in North Carolina, separation is often the only way they can obtain a divorce. The state does not recognize fault-based divorce, which means you must either separate from your spouse for a year before you can file or your spouse must be legally insane. North Carolina does not allow you to live under one roof during your separation; one spouse must move out and establish his own residence. Therefore, if your spouse refuses to leave the marital home, getting a divorce will be more difficult. However, there are ways around this, such as filing for legal separation instead.

North Carolina’s divorce laws are some of the most lenient in the country, and you can take advantage of them even if ...

Technically, Pennsylvania’s statutes contain no mention of "legal separation." This is a bit misleading, however, ...

Can You Be Legally Divorced After Five Years of Not Living Together?

Divorce is never automatic. You and your spouse can live separately for years, but you can’t legally move on with your ...