How Long Before a Divorce Is Final in Kentucky?

Often when spouses decide to divorce, they want to get the process over with as soon as possible. In Kentucky, the time it takes to divorce varies and is largely dependent on your individual circumstances. For example, if you have children or cannot agree on the terms of your divorce, obtaining a divorce will take longer. However, if you don't have any children and can reach a marital settlement agreement, a divorce is possible in as little as 60 days. 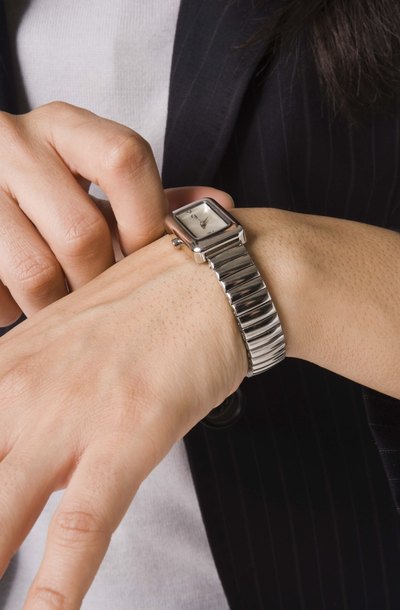 Like many states, Kentucky imposes a waiting period on all couples who wish to divorce, and in Kentucky this waiting period is 60 days -- the minimum period a couple must wait before the court will finalize their divorce. If you have children, the court will not issue a divorce decree until at least 60 days have passed from the date you filed for divorce. For couples without children, a divorce may be entered 60 days from your separation date. Thus, it may be possible for non-parent spouses to obtain a divorce shortly after filing if their separation period began before their filing date.

When couples can't agree on the terms of their divorce, the divorce can't proceed until these issues are resolved. To facilitate agreement, a Kentucky court may order the spouses to attend mediation. If spouses still can't reach agreement, the matter will proceed to trial, where the court will make these decisions for them. It can take months or more than a year to receive a divorce through the court system. This depends on a variety of factors, including the court's caseload and the procedures -- called "discovery" -- that each side uses to gather information about their case. Common discovery methods include depositions, which are questions and testimony provided under oath outside of court; interrogatories, which are a list of formal questions sent to the other side for answers; and requests for documents.

When couples have children, the process of getting divorced is often longer. In addition to the delay caused by the waiting period, divorcing parents must also attend a parenting education class called "Families in Transition." If custody or other issues are in dispute, the court is likely to also order mediation, and eventually a trial if any issues remain unresolved. These additional activities greatly increase the time it takes to divorce. Parents can reduce the time it takes to divorce by working together to create a settlement agreement.

Divorce is never easy, but we can help. Learn More
How Long Does it Take to Complete a Divorce?

How Long Does Divorce Take in Michigan if You Have No Children?

Establishing custody and support for a minor child can be a time-consuming aspect of the divorce process. These matters often become highly contested and Michigan law imposes a longer waiting period for divorces if you have children. Otherwise, the time it takes to finalize any divorce generally comes down to how quickly you and your spouse can agree on all issues and reach a settlement.

How Long Until a Divorce Is Final in Florida?

Although many couples want to finalize their divorces as fast as possible, couples in Florida cannot avoid the mandatory waiting periods and other requirements for divorce. The length of time is dependent on whether you can agree to the terms of the divorce with your spouse and whether or not you qualify for a simplified divorce. No matter the route you choose, you may only file for divorce in Florida if you or your spouse has lived in the state for at least six months prior to filing.

How Long Before a Divorce Is Official in Georgia?

As in other states, Georgia divorces are not official, or final, until a Georgia judge has signed a divorce decree. ...

Filing for divorce can be hard and unpleasant, making it likely you will want your divorce finalized as soon as ...

How Long Does it Take for a Divorce in Kansas

Divorce cases can vary from quick and smooth when spouses agree to long and difficult when they don’t. A Kansas divorce ...

How to Get a Fast Divorce in Louisiana

Once you have made the decision to divorce your spouse, it's not unusual to want the process to end as soon as ...