How Long Before a Divorce Is Official in Georgia?

As in other states, Georgia divorces are not official, or final, until a Georgia judge has signed a divorce decree. This is the end of the divorce process and makes the divorce complete. The time it takes to finalize a divorce in Georgia varies, from as little as a month to over a year, depending on the circumstances of your case. 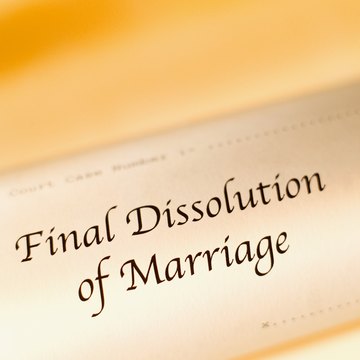 After the Divorce Is Filed

Filing for divorce with your local court initiates the divorce process, but it does not mean that your marriage is officially dissolved. Instead, you must complete the divorce through the court system. In Georgia, courts can finalize your divorce in as little as a month if you and your spouse agree to the terms of your divorce, including property division, child custody and alimony. Generally, spouses who agree on these issues draft a settlement agreement for the court to adopt along with the divorce decree; this type of agreement speeds the divorce process. If you and your spouse do not agree on the terms of your divorce, the court may hold hearings and receive written arguments to decide outstanding issues. This delays your divorce since the court cannot grant a divorce until all disputed matters are resolved.

My Spouse Is Unwilling to Sign Divorce Papers in Georgia

Trying to figure out how long it might take you to become divorced is like gauging how long it will take you to mow your lawn. If nothing goes wrong and you have your spouse's help, you can probably complete the chore in a jiffy. If your spouse sabotages the mower so it breaks down, you're looking at a much longer time. Divorce timelines depend a great deal on whether you and your spouse are in agreement or one of you contests the action. You could be divorced in a few months or it could take years.

When you and your spouse sign a divorce agreement, the agreement itself becomes binding even though you aren't officially divorced. You aren't divorced until a hearing in front of a judge. The time between signing the agreement and the final divorce hearing varies among the states but usually takes less than two months.

How Long Before a Divorce Is Final in Kentucky?

Often when spouses decide to divorce, they want to get the process over with as soon as possible. In Kentucky, the ...

What Is the Next Step in Arizona After Your Divorce Is in the Court for 60 Days?

Divorce doesn't happen overnight, but some states permit it to happen quicker than others. Arizona’s waiting period is ...

If you recently got married in Georgia and filled out your marriage license using your husband’s last name, the name ...

How to Change Your Legal Name in Maryland

Maryland state law provides its residents with a straightforward process to legally change their names in one of the ...