How Long Do You Have to File an Appeal for Divorce in Arizona?

If you can't reach an agreement with your spouse as to how to end your marriage, you run the risk of having a judge decide things for you at trial. Your life – and all the things that matter most to you – end up in a judge's hands, subject to his discretion and decisions. He may or may not agree with your arguments, and he's only human. He can make mistakes. In the latter case, Arizona law gives you options for setting things right, but you won’t have much time to act. 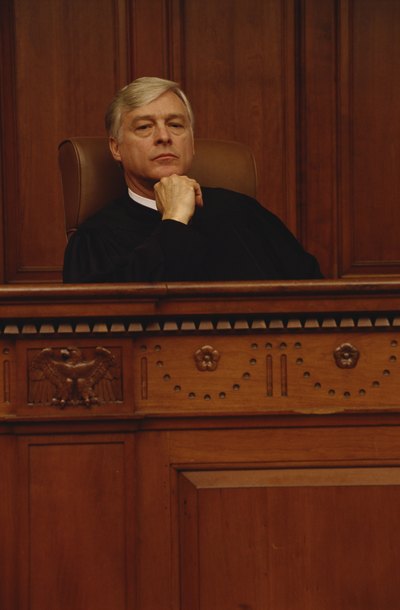 If you believe an error occurred during your divorce trial, your course of action depends on what exactly went wrong. You can appeal the family court's decision to a higher authority – the Arizona Court of Appeals – or you can ask the family court for a new trial. The first option asks the higher court to review the initial judge's decisions. The second option asks the court to vacate or throw out your divorce judgment and schedule a new trial.

You can't file an appeal or ask for a new trial just because a judge doesn't rule in your favor or because you don't like his decision. You need grounds – specific, legally acceptable reasons for the court to act. Arizona recognizes more grounds for appeals than for motions for a new trial, but they're still limited. You must establish that the judge made a legal error, such as he considered evidence he shouldn't have or refused to hear testimony that might have affected his decision. You can't ask the Court of Appeals to reconsider the evidence you already presented at trial. An appeal is limited to deciding whether the judge abided by court rules.

You have 30 days to appeal your divorce judgment in Arizona. The calendar begins running on the day the court files your judgment and it becomes a matter of record, not the day the judge signs it. A "Notice of Appeal" initiates the action, after which you or your attorney must file a "Record of Appeal" and an appellate brief, explaining how and why you think the judge erred. Typically, the appellate court will review your paperwork – and your spouse's paperwork as well, because she has a right to respond to your allegations – then issue a written decision. You generally won't have to appear in court to argue your case in person. If the Court of Appeals decides that the judge made a mistake, it will remand your case back to the family court judge so he can reconsider the decision he made in error. It won't reverse the trial court's decision; it basically just gives the judge a second chance.

Divorce is never easy, but we can help. Learn More
How to Appeal a Divorce and Parenting Plan in Washington

Can I Reopen a Dismissed Divorce in California or Do I Need to Start All Over?

If your divorce is dismissed in California, that means you must refile, unless the dismissal was caused by your or your attorney's mistake, inadvertence, surprise or excusable neglect. If your divorce was dismissed because of one of these four reasons, you may have the option to reopen your case rather than incurring potentially hundreds of dollars to file a new petition, pay a new filing fee, re-serve your spouse and prepare your documents for a second time.

Time Period for Contesting a Final Divorce Decree in Texas

Divorce is often a controversial process. It’s not uncommon for a spouse to agree to terms, then realize he made a bad deal. Sometimes, a judge makes an erroneous or unfair decision following the trial. When any of these things happen, Texas offers several ways in which you can contest the divorce. The statutes of limitation vary depending on whether you were divorced by trial, agreement or default.

Once a judge has signed your divorce decree, it's usually a done deal.. While it's possible to vacate a divorce decree in Oregon, it's not easy. The Oregon Rules of Civil Procedure specify the grounds a court will consider in deciding whether to overturn your divorce. There are a limited number of reasons and the court tends to construe them narrowly. Even false testimony or the concealment of assets during a divorce proceeding might not be enough to enable you to vacate your divorce.

Pendente lite orders don’t last forever. They’re temporary until a judge rules on a final divorce decree, or until you ...

How to Appeal a Divorce Judgment in Oregon

The greatest downside to a hard-fought divorce battle is that you end up trusting the most precious aspects of your ...

How to Undo Custody Arrangements in New Jersey

The divorce process can be a bumpy road. You may think you have certain issues resolved, such as custody, but then ...