How Long Do You Have to Live in Tennessee Before You Can Divorce Someone From Another State? 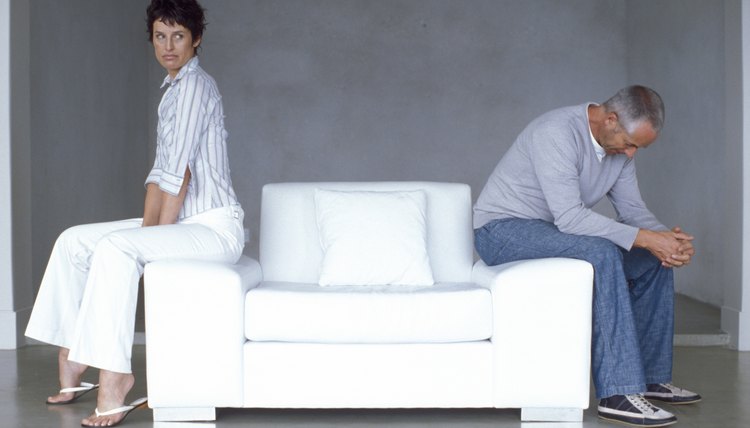 To be eligible to file for divorce in Tennessee, you must live in the state for at least six months. Once you file for divorce, you will need to provide a reason for the divorce in your divorce petition, referred to as grounds. Several grounds are available in Tennessee, including the no-fault ground of irreconcilable differences and fault-based grounds, such as adultery and desertion. After you file the divorce petition, you must serve your spouse with a copy of the filed documents.

While you may want a Tennessee court to handle your divorce case, your spouse may have other plans. For example, if your spouse establishes residency in another state, he may file for divorce in that state. Or, he may have moved to another state with a shorter residency requirement than the six-month requirement in Tennessee. For example, Arizona requires a spouse to live in the state for only 90 days prior to filing for divorce.

It is possible to have two divorce cases active in two states. When this happens, the issue becomes which state has jurisdiction, or legal authority, to decide the terms of the divorce. This issue can quickly become very complicated. For example, if you answer a divorce complaint in another state, the court in that state may claim to now have personal jurisdiction over you and the divorce. Therefore, be careful when responding to litigation in other states.

If you and your spouse have children, you must consider the Uniform Child Custody Jurisdiction and Enforcement Act. According to the UCCJEA, only a child's home state has jurisdiction over child custody issues. This means you do not have a choice in which state may determine custody of your children. The home state is the state where your child has lived for six consecutive months prior to the filing of the divorce complaint. Therefore, if you and your spouse have children and they have lived in the state for at least six months, Tennessee has jurisdiction over any child custody issues. As of 2013, every state has adopted the UCCJEA except Massachusetts.

If you and your spouse are in agreement about the terms of your divorce, such as the division of marital assets and spousal support, and you do not have minor children, you and your spouse may wish to engage in forum shopping to find the state that will best enforce your wishes. Forum shopping means that you and your spouse consider the laws of several states to determine where to file for divorce. For example, several states are community property states and will divide marital property evenly between two spouses. Often, courts in these states must adhere to this distribution scheme, even if it is not the spouses' wishes. Tennessee divides marital property according to the rules of "equitable distribution." This means the court will divide marital property in a way that is fair and just to both parties, though not necessarily equal. Therefore, filing for divorce in Tennessee, versus a community property state, may be more beneficial to you depending on your goals.

Divorce is never easy, but we can help. Learn More
Where Can you File for a Divorce When Your Spouse Resides in Another State?

Having too many options can sometimes complicate matters and this is particularly true when you're trying to determine in which Florida county you should file for divorce. Under Florida law, you can file in any county you like, but your spouse must consent. There are some practical considerations to keep in mind and some Florida counties are slightly more divorce-friendly than others.

Can a Person Move During a Divorce in Arizona?

If you and your spouse lived in Arizona at the time your marriage fell apart, then that's the proper place to file for divorce, called dissolution of marriage. However, divorce is sometimes a lengthy process, and you may want to move out of state before your divorce is final. Moving likely will not change your divorce, but it may impact the court’s authority to decide issues like child custody.

Before any state can grant a divorce, it must have jurisdiction over both spouses. Jurisdiction gives it the right to ...

I Am in North Carolina & My Wife Is in California: Can I Still Get a Divorce?

When you live in North Carolina and your wife lives in California, you can still get a divorce. However, certain ...

Do it Yourself Georgia Divorce

Filing for a divorce in Georgia can be expensive if you hire an attorney to assist you. Depending on the complexity of ...