How Long for an Uncontested Divorce in Louisiana If a Spouse Committed Adultery? 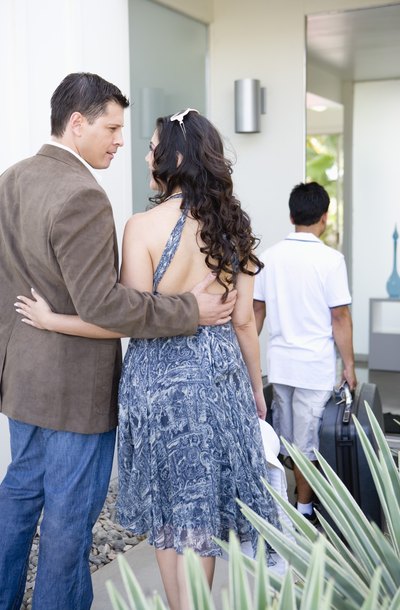 If the divorce is based on either of the two fault grounds, the spouses do not have to go through a waiting period. A divorce based on adultery requires that the spouse alleging adultery file a petition for divorce with the district court for the parish where one of the two spouses is currently living or where the spouses last lived together. The petitioner must serve the other spouse with divorce papers. Once the court enters a judgment of divorce, the divorce is not final for 30 days. This waiting period is to allow for an appeal. Neither spouse can remarry until the 30-day waiting period is over and the divorce judgment becomes final.

Contesting the Allegation of Adultery

The court will take into consideration whether the spouse accused of adultery contests the accusation. If the accused contests the allegation of adultery, that spouse must provide an explanation for the accusing spouse's testimony. If the spouses simply agree that adultery occurred, the court will still require some other independent evidence that it occurred. This could be the testimony of an independent witness. If the spouses agree that adultery occurred without independent evidence, the court considers the divorce collusive, and it will not enter a judgment of divorce.

Divorce is never easy, but we can help. Learn More
Does Cheating Affect Divorce in Pennsylvania?

If your spouse is incarcerated in South Carolina, you still can get a divorce under most circumstances. Your divorce will not be much different than it would be from any other spouse. However, the court may take your spouse's incarceration into account when resolving custody-related matters. If you claim separation as grounds for divorce, your spouse can attempt to stop the divorce by claiming the separation was involuntary due to his imprisonment.

Can One Mate Refuse a Divorce in North Carolina?

In North Carolina, a spouse who doesn’t want a divorce can make the process take longer and cost more, but he cannot prevent it from happening if the other spouse is determined to divorce. You cannot actually refuse to get a divorce since North Carolina does not require that both spouses agree on divorce in order for the court to grant it.

As a general rule, if someone has an affair with a married individual, she should brace herself for an appearance in ...

Does an Affair Matter in a Divorce in Tennessee?

An affair can be devastating to a marriage. Tennessee allows you obtain a divorce from your spouse based solely on ...

Types of Divorce in South Dakota

When spouses decide to end their marriage, one or both of them must file for divorce. To be eligible to file for ...

What Can You Ask for in a Divorce in Texas if Adultery Has Been Committed?

In Texas, you may be entitled to a greater share of the marital assets and a more beneficial custody order if your ...