Maine Statutes on Inheritance of a Surviving Spouse

A surviving spouse's inheritance in Maine depends on various factors, including whether the deceased spouse has surviving parents or children. Inheritance rules also differ if the deceased spouse died with a will or died intestate, which means he died without leaving a will behind. Maine's probate code, found under Title 18 of the state's laws, decides what a surviving spouse receives from the decedent's estate. 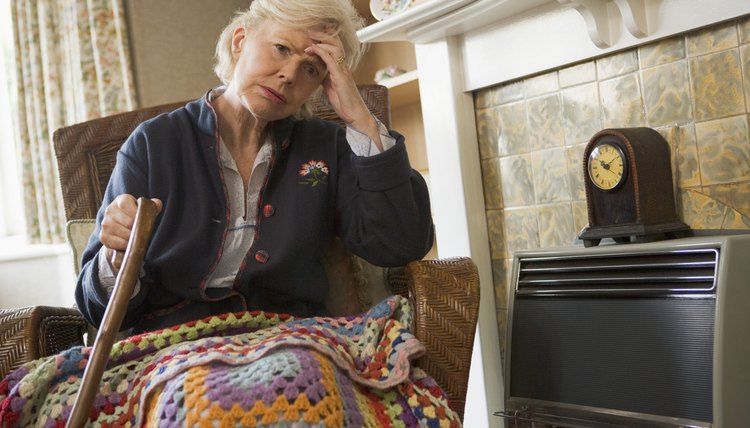 Maine does consider some types of property transfers the deceased person made during life when calculating the estate's balance to decide an elective share. For example, if a deceased husband gave real estate to another person besides his wife for below market value, the court adds the market value to the estate balance before calculating his wife's elective share. Market value is either the date the transfer became permanent -- the real estate deed's filing date, for example -- or the spouse's death, whichever occurred first. The court may add gifts totaling more than $3,000 the deceased made to the same person during last two years of life to the estate balance for an elective share calculation. Eligible property transfers aren't included by the court if the surviving spouse gave written consent. For purposes of calculating an elective share, the court doesn't consider property that's not subject Maine's probate laws, such as life insurance policy funds.

A surviving spouse is entitled to the first $10,000 of the estate; this is called a homestead allowance. The allowance is in addition to anything she received under his will, under intestate laws or by elective share. A homestead allowance has priority over other estate claims. For example, a deceased spouse has an estate worth $10,000, and a hospital files a claim for $5,000. The hospital would receive nothing, even though the debt is valid. The surviving spouse gets the $10,000 homestead allowance, wiping out the estate and leaving no money for the hospital. A surviving spouse also receives $7,000 in ownership interest over property that's exempt from creditor actions, such as the family car and personal household items, and she decides what property she wants to use this for. This is in addition to whatever else she receives from the estate. For example, if the decedent had a car worth $7,000, the surviving spouse becomes the automatic full owner of the car with her $7,000 worth of ownership interest, if she decides to put the interest toward the car.

Maine laws also give a surviving spouse a family allowance. The court gives the surviving spouse money from the deceased spouse's estate to cover living expenses while the estate is being settled. The amount is determined by the court, but must be reasonable and enough to cover the spouse's needs. An allowance may be paid in a lump sum or periodically; creditors of the deceased spouse can't touch money the court is using to pay the surviving spouse a family allowance. However, the allowance payments end within a year if the estate doesn't have enough money to pay all valid creditor claims.

Will Created Before Marriage

Protect your loved ones. Start My Estate Plan
The Widow's Legal Rights in South Carolina

Laws on Receiving an Inheritance

The general principle of inheritance law is that the maker of a will, known as the testator, is entitled to distribute his property as he sees fit once the estate's debts are paid. Exceptions exist to this principle, however. If a person dies without a will, his property will be distributed according to state law. Under certain circumstances, the estate may be taxed by both federal and state authorities.

A person can acquire a significant amount of money and property during his lifetime. These assets are collectively called an estate. When the owner dies, his heirs may be eligible to inherit from that estate. Title 84 of the Oklahoma Statutes sets forth the procedure for inheritance transfers, either from a will, by intestate succession (when the owner died without leaving a valid will), or automatically by right.

Can a Spouse Be Excluded in a Will in Illinois?

When one spouse in a marriage dies, most property will pass to the surviving spouse. However, Illinois law permits a testator, the person making a will, to omit his spouse. If a spouse is not included in a will, she is considered disinherited. Illinois law also protects a disinherited spouse, allowing her to still claim a portion of the deceased's estate.

When a person dies with a valid will in North Carolina, his property will pass to the beneficiaries he named in his ...

A surviving spouse in Florida is entitled to part of her deceased spouse's estate in most cases, even if the will fails ...

The Florida Probate Code is a compilation of laws that sets forth how a person's estate is to be disbursed after death. ...