In a child custody hearing or trial, witnesses often provide the judge with additional information or clarify legal issues raised by the parents. Each witness should understand the importance of testimony in a child custody case and be prepared to testify in a logical, organized manner. An outline for witnesses might need to explain the legal standard for custody, confirm information already provided to the court and relate to the legal issues in the case. 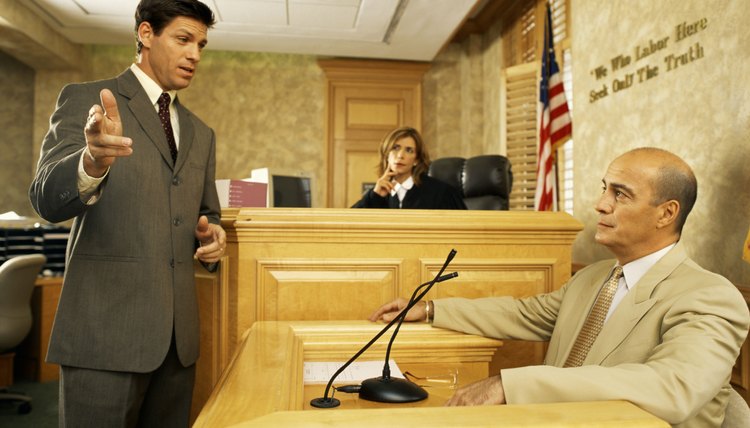 In family law cases, parents may ask witnesses to testify during court hearings. The opportunity to include witnesses often depends on each state's procedures for custody hearings and trials. A witness might give general support for a parent to receive custody or confirm information related to the parent's case. If a parent's custody trial includes a written statement or affidavit signed by a witness, the state’s civil procedure laws often require in-person testimony from the witness to corroborate the information in the written statement.

Every state has enacted laws on child custody and visitation. Although states generally require custody decisions to be based on the child's best interests, each state follows its own legal standards and custody guidelines. An outline may need to remind witnesses of the legal standard for awarding custody in the state and highlight any custody factors that may be relevant to the parent's case. Witnesses should be able to testify with an understanding of what the parent needs to prove so as to establish custody or visitation rights.

An outline for custody witnesses should generally be consistent with the information previously provided in the witness statement, affidavit or evidence filed with the court. If a witness already submitted a written declaration to the court, she may need to subsequently confirm the information. If the witness plans to include testimony that contradicts a written statement given previously, the outline may need to note the discrepancy and prepare the witness to explain the change in opinion during testimony in court.

If a witness needs to support the parent's position on a particular legal issue, the outline should prepare the witness for testimony regarding that topic. For example, a witness in a child custody case involving domestic violence may need to testify about abuse suffered by the parent or child. The outline might remind the witness of key events, dates or facts related to the abuse so the witness can remember and confirm the information during testimony or cross-examination. The outcome of the case may well depend on the specific issue and the ability of witnesses to support the parent's point of view.

Protect your loved ones. Start My Estate Plan
The Best Interest of Children in a Custody Evaluation

What Is in a "Character Letter" for a Child Custody Court Hearing?

In a child custody case, judges and custody evaluators assess what arrangement is in the child’s best interests. To assess the best interests of the child, the court may consider the character of each parent and their ability to meet the child’s needs. A character letter can serve as a type of evidence attesting to a parent’s fitness. Most often, custody character letters are employed in contested cases, such as divorces where one parent is seeking sole custody and the other wants joint custody.

Custody disputes commonly arise as the result of divorce or paternity proceedings. The Alabama legislature has enacted laws governing petitions for custody, and custody proceedings are heard by judges in the Alabama family court system. In Mobile, parents must petition the family court in the 13th Judicial Circuit. Before seeking custody of a child, you should ensure that you are able to provide loving, competent care. In most cases, the child will do best if given liberal visitation with the other parent. Except in cases of abuse, children are frequently given time with both parents.

The custody laws in all states, including Virginia, consider the best interests of children under 18 years of age when making custody rulings. Often, the parents will come to an agreement about child custody. The judge then reviews that agreement and, in most circumstances, will turn it into a formal court order. More complex state custody challenges involve the legal determination of a biological parent and requests for emergency hearings to remove a child from a custodial parent or revoke parent visitation rights when abuse or violence threatens the child.

Divorces can involve a lot of paperwork in Virginia. In addition to mandatory court filings, each spouse has the right ...

How to Build a Child Custody Case

When building a child custody case, the goal is to present to the judge facts and evidence to support the assertion ...

What Is the Purpose of an Affidavit in a Custody Case?

An affidavit is a specific type of legal document filed by people who have information relevant to a court matter. ...