In general, there is no specific legal limit on how many fundraisers that a nonprofit can hold in a year. However, certain types of fundraising activities may lead to legal problems if held too frequently. Not only might the frequency of certain fundraisers make their revenues subject to taxation, but if the organization is exempt from federal income tax, this could even prompt the IRS to revoke its tax-exempt status. 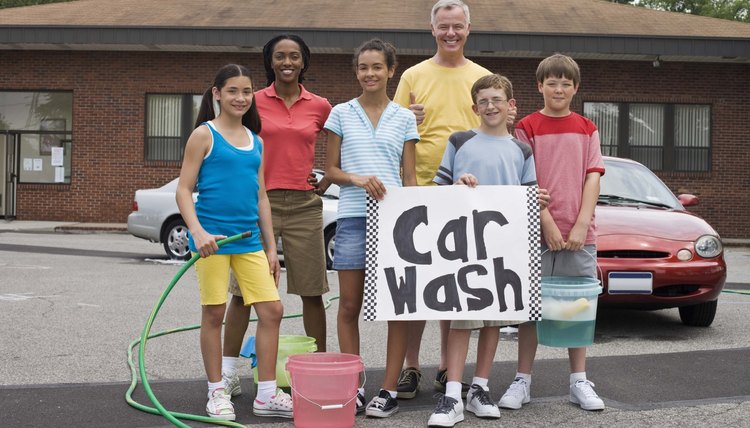 Neither state nor federal law establishes a fixed ceiling on the number of fundraisers that a nonprofit can hold. In a series of rulings going back to the 1980s, the Supreme Court has stated that a nonprofit's fundraising is free expression protected by the First Amendment. To the extent that nonprofit fundraising is directly regulated, the law primarily pertains to reporting and documentation requirements as well as rules with regard to individuals or organizations that are paid to raise funds for nonprofits.

One type of fundraising that can cause legal complications for a nonprofit is business activity unrelated to the nonprofit's tax-exempt purposes. The federal unrelated business income tax, or UBIT, makes revenue subject to taxation at standard corporate tax rates if it is generated by business activity that does not substantially further the organization's nonprofit mission other than through the generation of income. For example, as the IRS notes, an art museum would not have to pay UBIT on its profits from selling cards with images of artistic paintings, but it would be subject to UBIT on proceeds from souvenirs merely featuring the city where the museum is located. A tax-exempt nonprofit that engages in unrelated business activity at a level deemed excessive by the IRS may have its tax-exemption revoked.

Federal law provides a range of UBIT exceptions that effectively allow a tax-exempt nonprofit to engage in an unlimited amount of the specified types of fundraising, such as leasing, licensing, the sale of donated goods or the operation of a store staffed by volunteers. UBIT also does not apply to business activity that is not "regularly carried on." For example, funds raised by selling cookies once a year during a short period of time would be tax-exempt, as would revenues from licensing the nonprofit's trademark to a commercial cookie line. However, a nonprofit that uses paid staff to sell cookies throughout the year would likely have to pay UBIT on its profits.

There are multiple categories of federal tax-exempt status, and several have strict limits on political campaigning and lobbying. For example, holding just one fundraiser for a candidate running for political office would be enough to cause a charitable nonprofit exempt from federal income tax under Section 501(c)(3) to lose its tax-exempt status. A charitable nonprofit also is prohibited from engaging in a substantial amount of lobbying activity, and thus engaging in too much fundraising in an effort to influence legislation could also jeopardize the nonprofit's tax-exemption.

Ready to form a nonprofit? Get Started Now
Laws on Nonprofit Silent Auctions

A nonprofit organization formed under a state statute can apply for exemption from federal income taxes under one of the various provisions of Internal Revenue Code (IRC) section 501(c). The most popular section is 501(c)(3), which exempts public charities from paying taxes on income and also allows donors to those charities to claim a tax deduction for their donation against their income. Other sections of 501(c), such as 501(c)(4), which exempts civic leagues and social welfare organizations, allow other types of organizations to apply for tax-exempt status, but donations to these organizations are not tax-deductible. The benefit of being a 501(c)(3) comes with increased restrictions on the types of activities the nonprofit can engage in and support.

Until recently, nonprofit organizations were not subject to specific limits on the amount they could spend on salaries, ...

Can Non-Profit Organizations Sell Tickets to a Concert?

Whether a nonprofit organization can sell concert tickets, or conduct any other common fundraising activities, is a ...

The Advantages of a Subsidiary Corporation

A subsidiary is a separate legal entity owned in whole or in part by another entity. Common forms include limited ...

Can an Entertainment Company Be Non-Profit?

The formation of a nonprofit organization is governed by state law. To take full advantage of beneficial tax treatment ...