How Many People Must Sign a Will for it to Be Legal?

The number of people needed to sign your will for it to be legal varies depending on where you live and the details of your will, but most states require that you, as the testator, and two witnesses must sign it. As of December 2010, only Vermont requires three witnesses' signatures in addition to the testator's. Check with an attorney in your area to learn what a will in your state requires. 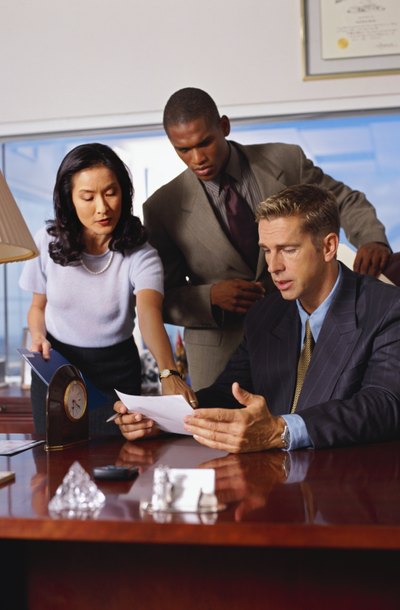 Your witnesses must watch you sign your will so they can testify later, if need be, that you were of sound mind and not doing it under duress. State to your witnesses that what you are signing is your will, though it is not necessary for them to read it or know what it contains. If you sign your will at an attorney’s office, most states will not allow her to be a witness.

Laws vary from state to state as to whether or not beneficiaries in your will -- the people you are leaving inheritances to -- can be witnesses. Many states provide an option when this occurs, and you would either need one additional witness in addition to the beneficiary, or the beneficiary can waive his inheritance. If he is a relative, he might then be able to receive a portion of your estate equal to whatever he would have gotten if you had died intestate, or without a will. Some states forbid beneficiaries from being witnesses at all. There is usually nothing prohibiting your executor from witnessing and signing your will, but check with your state to be sure.

It is generally not required that you have your will notarized. However, there is an advantage to doing so. When a will is notarized, it is “self-proved” and most states will automatically accept it as authentic for probate purposes, which means that your witnesses will not have to testify after your death that they were there when you signed it and that they signed it as well. If you have your will notarized, the notary will sign it in addition to you and your witnesses.

You may be unable to sign your own will under some circumstances. Most states allow someone else to sign your name for you in these cases. In general, this cannot be one of your witnesses, so this, too, would require an additional signature. The person signing for you must usually also sign his own name and indicate on your will that he signed it for you at your direction.

Protect your loved ones. Start My Estate Plan
How to Write an Affidavit in a Will

Questions for Will Preparation

When preparing a will, it's important to ask questions that help you gather the information you need. From deciding whether you need a will to figuring out who should receive what, a few key questions can make writing your last will and testament easier. You can also consult an attorney for answers to your will preparation questions.

How to Make Your Will Legal in Indiana

Your will is a document that explains how to distribute some or all of your property when you die. Wills written in Indiana are governed by the Indiana Probate Code, which is found at Title 29 of the Indiana Code. The Indiana Probate Code gives specific instructions about how to write a will so that it will be recognized as valid and legal by an Indiana Court. You will need to meet several requirements to have a valid Indiana will. You can write your own valid will, but consulting a lawyer for more complicated estates is advisable to ensure compliance with state law.

How to Create a Legal Will in Pennsylvania

When you do not leave a will, your family inherits your assets in an order determined by your state’s statutes. ...

In many states, handwritten, or holographic, wills are either not legal, or accepted only if they meet certain ...

Can a Notarized Will Be Accepted as a Legal Document in North Carolina?

A will is a valid legal document in any state, provided that it meets the laws and qualifications of that jurisdiction. ...