Massachusetts Laws on Moving Children Out of State

Massachusetts is one of the few states that allows a child to say whether he is willing to move to another state, provided he is old enough to reasonably give consent. However, if the child is not old enough, you must get the consent of the other parent or permission from the court to move your child to another state. A judge will base the decision on the circumstances surrounding the proposed move, such as the custody arrangement, parent-child relationships and effect the move is likely to have on the child. 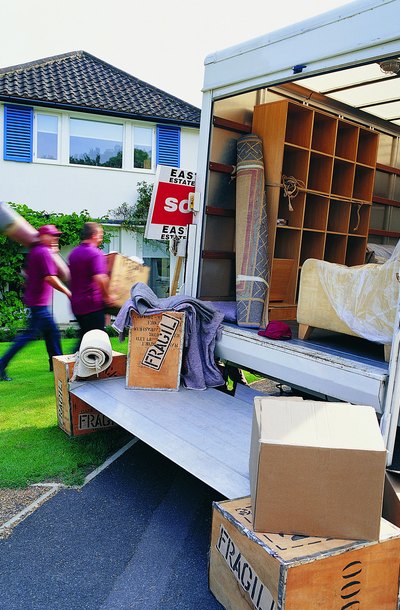 The General Laws of Massachusetts provide that a child of divorced parents born in Massachusetts, or who has lived in the state for five years, cannot be removed from the state without his consent if the child is "of suitable age to signify his consent." Because this age is not written into the statutes, it is likely to be determined on a case-by-case basis. If the child is not old enough to agree, the child cannot be removed from the state without the consent of both parents or an order of the court. This statute also applies to situations when the parents are not married; state law holds that a child of unmarried parents is entitled to the same rights and protections as a child of married parents.

When parents cannot agree on a request to move a child, the court has to become involved. There are several ways a parent can petition the court for permission to move a child. If you are filing a complaint for divorce or custody, you can request permission to move the child in your lawsuit. If you have already filed, you can amend you complaint to include this request; if the other parent has already filed, you can file a counterclaim in which you seek permission to move the child. If your case has concluded and you have a final order, you can file a motion or complaint for modification or a petition for removal.

If you have sole physical custody of the child, a judge will allow you to move the child to another state if you can show there is an advantage to the move and it is in the best interests of the child. The judge will look at your financial situation, in particular. Connections in the new community, such as family and friends, are also important. Generally, what is in the best interests of the custodial parent is best for the child also. The judge will want to know you are not moving to hinder the other parent’s relationship with the child.

When parents share physical custody, or when a child spends a substantial amount of time with the noncustodial parent, the burden on the parent who wants to move with the child is heightened. The focus shifts more toward the best interests of the child. In other words, although a move to another state might pose a significant financial improvement for one of the parents, the child’s continuing relationship with the other parent might be deemed more important by the judge.

Divorce is never easy, but we can help. Learn More
Divorce Law in Virginia & Taking Minor Children Out of State

How Do I Legally Change My Daughter's Last Name?

The laws of each state provide for a change of legal name for a minor child. The procedure is basically the same in every state: you must file a petition for name change of minor, provide identification and a reason for the change, and attend a hearing before a judge or magistrate. In most cases, the hearing is a brief formality; however, if one of the parents objects to the name change, the procedure becomes more complicated.

Under Ohio law, a custodial parent wishing to relocate to a difference state must receive consent from the other parent or the court. As a result of this requirement, you cannot just pick up and relocate to another state with your child. There are requirements, as required by Ohio law, that you must meet before the move may occur or the court may intervene and order you and your child back to Ohio.

Divorce Law on Moving Kids Out of State

The issue of moving children out of state either before or after your marriage ends is such a hot button that the federal government has drafted legislation to address it. The Uniform Child Custody Jurisdiction and Enforcement Act regulates which state has jurisdiction over custody issues if a child moves. States have their own individual laws as well. Although they vary to some extent, you generally can’t move with your kids across a state line without the express written consent of the other parent or a court order.

When parents share parental responsibility, the state of California prevents the custodial parent from relocating with ...