Probate is the court-supervised process whereby the assets of a deceased person are collected and distributed according to the terms of a will, or by state law if no valid will exists. If named in the will, the person charged with handling the probate process and reporting to the court is usually known as an executor. If not named in the will, or if there is no will, the court appoints an administrator to oversee the distribution of assets. 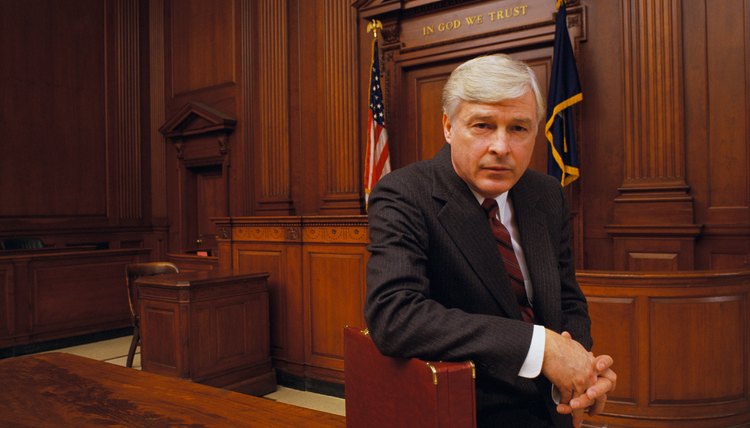 In Massachusetts, the person charged with the administration of an estate has several important responsibilities. He must collect the assets owned by the deceased person, determine their value and notify any heirs who may inherit those assets. This step requires the creation and filing of an inventory with the court. The administrator also must pay all valid debts and taxes. This step requires publishing notice to creditors and filing state and federal tax returns. The administrator may then distribute any remaining property according to the provisions of a will or by the state intestacy laws if no will exists. Intestacy laws are a rigid set of state rules that prioritize heirs based on the proximity of their legal relationship to the deceased person. Throughout the entire process, the administrator is required to act in the best interests of the estate and can be removed for failure to act in this manner.

If no executor is named in the will or the executor is unable to serve, the probate court appoints an administrator. By law, the selection of this individual is based on his legal relationship to the deceased person. This is referred to as the "priority ladder," and at the top is the surviving spouse, provided she stands to inherit under the will. If she will not inherit, then the priority goes to any other person who will. If these individuals are unable or unwilling to serve or if there is no will, then priority goes to the surviving spouse. If there is no surviving spouse, all other living heirs have priority. If no heirs can be found, a public administrator will be appointed.

Regardless of priority, Massachusetts places certain legal restrictions on who may accept an appointment as an administrator. First, no administrator can be under the age of 18 or be under the custody of a guardian or conservator. Also, if the administrator feloniously and intentionally killed the deceased person, this conviction results in an immediate disqualification. The administrator cannot be the decedent's former spouse or a relative of the former spouse. The probate court also has wide discretion to deny any appointment if found to be in the best interests of the estate.

Removal of an Executor of Estate's Responsibilities

An estate executor is responsible for handling the decedent's, or deceased person's, estate including bill payment and property distribution. The executor is named in the decedent's will; he receives his authority from court through legal proceedings known as probate. If an executor's responsibilities are removed before he completes his duties, a new person must be appointed to finish settling the estate.

The purpose of any probate code, including that of Illinois, is to ensure a decedent’s property is properly distributed, any outstanding debts are paid and any children are looked after. The statute of limitations plays an important role in ensuring a decedent’s estate is promptly addressed. If you are currently a part of a probate hearing, consider hiring a licensed Illinois attorney.

To heir is human: These are the individuals who inherit an estate if the deceased did not leave a will. Most people have one heir or another under the law. Since the names are not listed in a will, the administrator in charge of a California probate must make a diligent effort to identify and locate them.

In drafting your will, you may appoint a person to serve as your executor, also known as a personal representative. ...

The executor is the person who manages the estate of the deceased, also known as the decedent, during the probate ...

Who Is Designated to Carry Out the Terms of a Will?

After an individual passes away, it is up to the executor to carry out the terms of the will as written by the ...