Mental Illness in Divorce in Florida

Florida ordinarily requires that both spouses fully understand their rights and responsibilities before a court will grant a divorce. However, state law does provide an alternative mechanism to obtain a divorce from a spouse who has an incurable mental illness. Mental illness can impact nearly every aspect of the Florida divorce process. 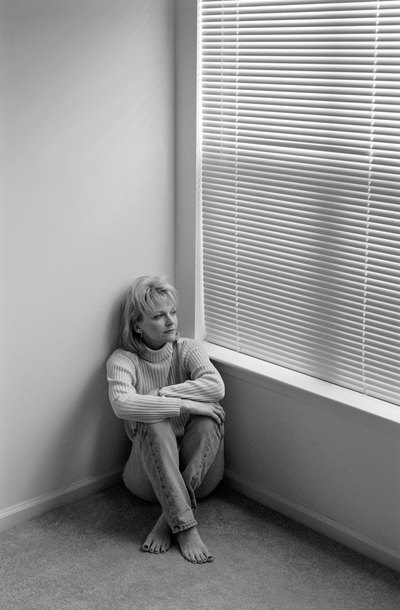 In cases where one spouse cannot make rational decisions due to a mental illness, the other spouse may file for a divorce on the fault-based ground of mental incapacity. To obtain a divorce on this ground, the filing spouse must prove to the court that the other spouse has been determined as incapacitated for a period of at least three years. This determination is typically made through multiple examinations and the opinions of medical experts.

Without assistance, a spouse who is mentally ill may not be able to understand or participate in the divorce. Due to the unfair impact this could have on his case, Florida law requires that when a party is declared incapacitated, the spouse filing for divorce must have someone over the age of 18 personally deliver a copy of the divorce paperwork to both the incapacitated spouse and his guardian, or a blood relative acting as his caregiver. The guardian or relative then has the duty of representing the incapacitated spouse's interests throughout the divorce. If the spouse has no guardian or relative, the court will appoint a guardian.

Florida courts divide most property acquired during the marriage based the principles of equitable distribution. This means that marital assets are distributed in a fair and equitable manner, but not necessarily equally. In determining fairness, the courts are allowed to consider the economic circumstances of both spouses, as well as the desirability of having one or the other spouse continue to live in the marital residence. If the home is specially equipped to meet the needs of the incapacitated spouse and a move would be highly disruptive, the court may award that spouse the residence in the divorce decree.

As part of divorce in Florida, judges have the authority to order that one spouse continue to financially support the other spouse. This is known as spousal support or alimony, and it is awarded based on the needs of both parties and the ability of each spouse to become economically independent. If the mentally ill spouse is unable to work due to the disability, or has significant expenses tied into his treatment needs, this could form the basis for the amount of spousal support the court awards to that spouse.

Although frequent and continuing contact between both parents and the child is preferred in Florida -- and the state typically encourages parents to share the rights and responsibilities of raising their children, judges are required to make all custody decisions based on the best interests of the child. Custody involves both a decision-making component, known as legal custody, as well as physical custody, which refers to the child's primary residence and day-to-day care. If a parent is mentally ill, it may be difficult to demonstrate to the satisfaction of the court that he is able to make good decisions and ensure the safety and well-being of the child. This, in turn, may limit that parent's award of both physical and legal custody.

Divorce is never easy, but we can help. Learn More
Getting a Divorce in Pennsylvania With a Mentally Ill Spouse

If you observe someone acting in a way that makes you think she might be dangerous to others, Florida's Baker Act allows you to petition a court to order an involuntary psychiatric examination. One of the grounds for a divorce in Florida is three years of mental incapacity. A Baker Act order does not provide grounds for divorce based on incapacity, but it could constitute a first step in that direction.

California is a no-fault divorce state, meaning there is no requirement to prove a spouse acted improperly with respect to the marital relationship. If one spouse suffers from a severe mental illness, referred to in California law as “incurably insane,” that illness could serve as the basis for a divorce. Whether a mental condition reaches the level of incurably insane depends on the specific facts of each case and is left to the discretion of the judge.

In Oregon, divorce is called dissolution of marriage. Either spouse can file for dissolution and must do so in accordance with the procedures set forth in the Oregon statutes. During the dissolution proceeding, a court may divide marital property, award alimony, decide custody issues and terminate the marriage.

Texas laws consider the mental health of both spouses in a divorce case. A spouse's mental condition may be the grounds ...

If a husband or wife was mentally disabled at the time of the marriage ceremony, the other spouse may be able to file ...

Can You Divorce if You Are Mentally Unstable?

It is of little surprise that a married couple would decide to get divorced over personality differences. Spouses may ...

Can an Incompetent Person Get a Divorce in Texas?

An incompetent person cannot understand or make decisions about issues related to a divorce, such as property division, ...