Relocation plans often result in conflict between divorced parents if one parent wants to move away with the children. As part of a parental relocation, known as a change of residence in Michigan, a parent may need to obtain court approval before moving. In some cases, the other parent may ask the court to restrict the move. However, some moves do not require court approval. 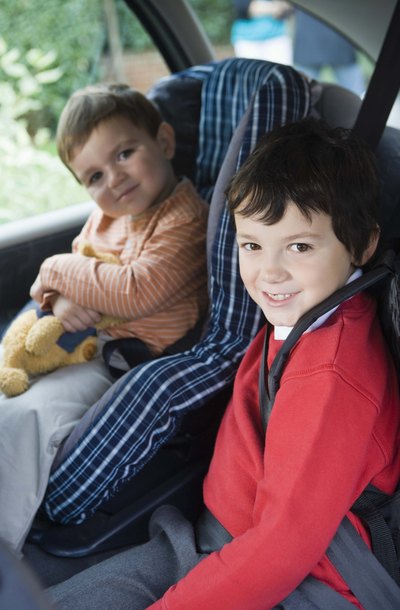 Effect of a Custody Order

When parents have a court order for custody and visitation, the order establishes their rights as it pertains to the relocation of a child. The type of custody a parent has determines whether that parent must obtain court approval before moving. If sole custody is awarded to a parent, that parent has all legal and physical rights to the child. Alternatively, if joint custody is awarded to each parent, both share legal rights to the child and both spend time with the child regularly. A Michigan custody order may restrict changes to a child's residence. If so, the parent who wishes to relocate with the child must request a new court order.

Types of Moves that Do Not Require Court Approval

Michigan law specifies a few types of moves that do not generally require approval through a court order. A parent who has sole custody generally does not need the other parent's consent or a court order before moving. When parents share custody rights, a parent may be able to move without legal restrictions if the move would shorten the distance between the two parents' homes or if the parents already lived more than 100 miles apart when they established their custody order. In addition, a parent may change the child's residence if the other parent voluntarily gives written consent.

Michigan custody laws restrict changes to a child's residence under specified circumstances. The other parent must consent to, or court must approve, any relocation to a home located more than 100 miles from the child's current residence. If a parent plans to move the child to a home in another state, a court must approve the change in residence even if the distance is less than 100 miles. State law does include an exception for safety reasons if a parent needs to relocate because of domestic violence; however, the parent will likely still need to participate in court proceedings after the move.

If the other parent opposes the child's move and court approval is required, the parent who wishes to change the child's residence must file a motion with the Michigan state courts. The motion must include an explanation for the move. Common reasons include relocation for employment, educational opportunities or family ties. The other parent has a right to oppose the motion and ask for a court hearing. Before making a decision, the court must review several factors. The court must consider whether the move has potential to improve the quality of life for the relocating parent and child or disrupt the child's relationship with each parent. The court must also look at each parent's record of compliance with the existing custody order and determine whether the relocating parent would comply with a changed visitation plan if the judge allows the move.

Divorce is never easy, but we can help. Learn More
Child Custody & Relocation Rights in Tennessee

Can a Spouse With Full Custody Leave the Country?

A parent with full custody has the authority to make many decisions on behalf of a child. However, a custodial parent's ...

Relocating With Children During a Divorce in Florida

When parents divorce in Florida, they generally need a court order for custody and visitation. Before either parent ...