When spouses own no property together and custody of children is not an issue, divorce can be a relatively quick, painless procedure. However, this depends on whether both spouses want the divorce and whether they accumulated any debt during the marriage. In Michigan, divorcing spouses must divide marital debts just as they would property. When spouses can agree how to do that, Michigan allows them to divorce through a simplified consent procedure. 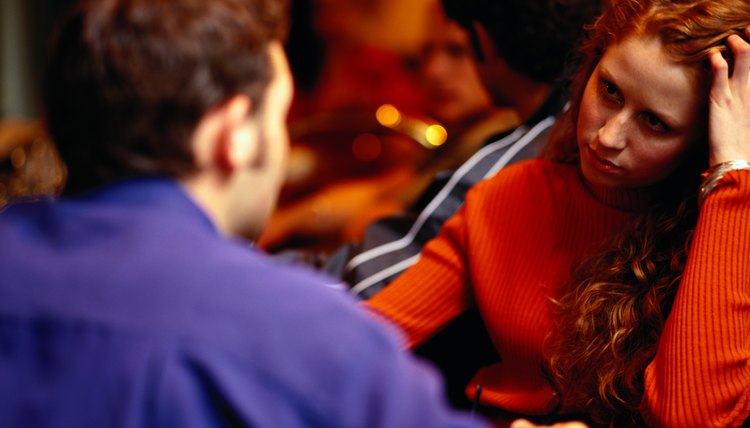 Michigan is a “pure” no-fault state, which means that it does not recognize fault-based grounds at all. Spouses can only file for divorce by mutual consent, or one spouse can allege irreconcilable breakdown of the marriage. Complaint for divorce packets for both options are available from each county’s Clerk of the Circuit Court. One spouse must have lived in the state for six months to file.

A simplified consent divorce requires that the filing spouse submit a marital settlement agreement and a proposed judgment of divorce to the court when she files her complaint. If there are no children, custody and child support provisions aren’t necessary. The agreement should state that there’s no property. If the spouses have debts, and if they can agree how they’re going to pay them post-divorce, they should detail the terms in the agreement. If they don’t share any debt, they should state this as well. Both spouses must sign the agreement and the proposed judgment.

Michigan typically imposes a six-month waiting period before the court will grant a divorce, beginning with the date of the filing of the complaint. However, when there are no children involved, this waiting period is much shorter: only two months.

Michigan requires only a brief court appearance after spouses submit their agreement and judgment, and after the waiting period has expired. In Michigan, this is a “pro confesso” hearing, or pro con hearing. The spouse who filed the complaint confirms on the record and before the judge everything she stated in her complaint. Often, the judge will sign the submitted divorce judgment that day, attaching to it the marital settlement agreement. The divorce is then final. However, if the court is busier than usual and the judge must hear several cases that day, the court might mail the signed judgment to the spouses at a later date. The signing date is the date of the divorce.

If spouses can’t agree on how to divide debts, a trial is still required even if they have no property or children. The court will have to apportion the debts between the spouses for payment. This is true even if spouses file a complaint on mutual consent grounds. Mutual consent means that both spouses want the divorce, not necessarily that they agree how to resolve all the necessary issues. If a marital settlement agreement and a proposed judgment are not submitted to the court before the two-month waiting period expires, the court will schedule a trial to deal with any open issues between the spouses.

Divorce is never easy, but we can help. Learn More
How to Become Legally Separated From a Spouse

Some jurisdictions offer a simplified divorce process for couples who have no kids and no assets. Often, this process will allow the couple to use simplified paperwork and shorten the divorce process. This simplified process is not available in every state, however. In some places, filing for divorce without children and assets may be similar to the process that couples with kids and property undergo.

Does Someone Have to Be at the Divorce Court Date in North Carolina?

In some respects, North Carolina is the easiest state in which to divorce. You don't have to divide your property or debts before filing, and it's not necessary to resolve issues of custody or support. The court can terminate your marriage without addressing any of these issues, but if you don't file a separate complaint to resolve property issues or alimony, you're barred from going back to court later to sort these things out. You don't have to appear in court to finalize the divorce itself, provided you have a lawyer.

What Is the Process for Getting a Divorce in GA?

Most states share similar divorce procedures. In all jurisdictions, a complaint for divorce is required to begin the proceedings. One spouse must file it with the court, and in most cases, the other spouse will answer it. The two parties then exchange financial information and either reach a settlement or go to trial for a judge to decide the terms of their divorce for them. Georgia also requires special attention to parenting issues during the divorce process.

A contested divorce doesn’t necessarily mean you and your spouse disagree on every issue involved in ending your ...

An uncontested divorce in the state of Georgia requires the agreement of both spouses as to property division, spousal ...

How Long to Get a Divorce in Illinois?

Although Illinois technically has a 90-day waiting period for divorce, this is deceptive. The three-month period ...