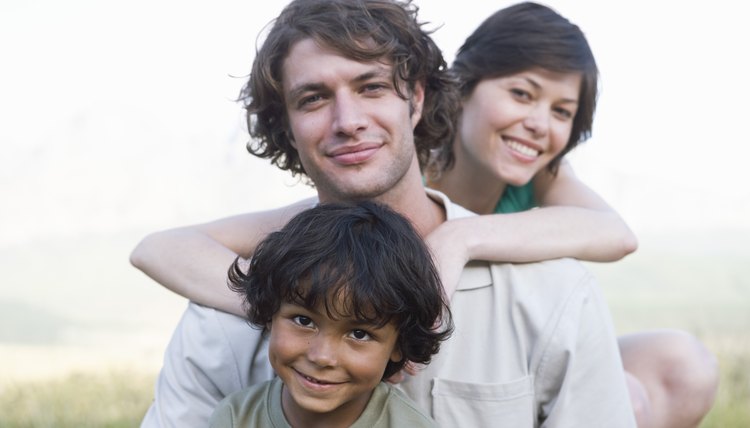 If a child’s birth certificate was issued in Pennsylvania, the child’s name can be changed without a court order. However, this is only an option if both biological parents consent to the name change. Without that consent, the only option is a court-ordered name change. If the birth certificate was not issued in Pennsylvania, you should check with the issuing state for specific guidance on that state's laws.

Under Pennsylvania law, if the parent of a minor legally changes her name -- and has custody of the minor -- the minor will automatically take the new surname of the custodial parent. This rule applies equally to all minor children of that parent, regardless of whether they are adopted. Though the minor child is not given a choice about his surname under this Pennsylvania law, he can elect to have his name changed again once he reaches majority, or age 18, by following the standard adult name change process.

For a court-ordered name change, as with other court actions, Pennsylvania requires a minor to be represented by a guardian in order to file for a court-ordered name change. The representative does not have to be one of the minor’s parents. In at least one Pennsylvania case, a child in foster care successfully pursued a name change, even over the objection of his biological parents, with his appointed public defender acting as his representative or guardian ad litem.

Name Change Not Related to Divorce or Parent's Name Change

Get help changing your legal name. Learn More
How Old Do You Have to Be to Change Your Name in NYS?

How to Legally Change Your Child's Name in Colorado

You can change your child's last name in Colorado as long as the court finds that the change benefits the child and won't cause her any harm. Changing a child's last name is used in adoption cases or to reflect a new family unit created by the addition of an involved stepparent. You can't change the name of a child who is over the age of 13 and was found to have committed a crime that would have been a felony offense for an adult.

Legal Ways to Change a Child's Last Name in Missouri

The state of Missouri allows minors to legally change their names, but the procedure is more complex and time-consuming than adult name changes. To complete the name change, you must file certain petitions and consent forms, as well as publish notice of the name change in a general circulation newspaper for a set period of time. In most cases, and always when one or both parents contest the name change, a hearing is necessary.

How to Legally Change a Name in Louisiana

Changing your name in Louisiana is a fairly straightforward civil process. District courts in the state’s 40 judicial districts oversee name changes under the jurisdiction of district attorneys. The rules for changing your name, whether you are an adult or minor, are a part of the Louisiana Revised Statutes.

Name Change for a Minor in Minnesota

A guardian or next of kin, such as a parent, must petition for a name change on behalf of a minor. The process is not ...

How Old Does a Child Have to Be If He Wants to Change His Last Name?

Generally speaking, a child must get permission from his parents to change his first or last name. The particulars of ...

How to Change My Granddaughter's Last Name

Life expectancy in the U.S. has increased over the past century. As a result, more grandparents live to influence the ...

If you want to legally change your name as a result of marriage, divorce, adoption or simply to free yourself of a name ...