What Monetary Percentage Does an Executor of a Will Get?

Many states allow the executor of an estate to receive compensation for his work on the estate. The monetary percentage the executor of a will receives in these states depends on the law of each particular state. Some states use a percentage amount set by law, while others allow the probate court to set the rate. 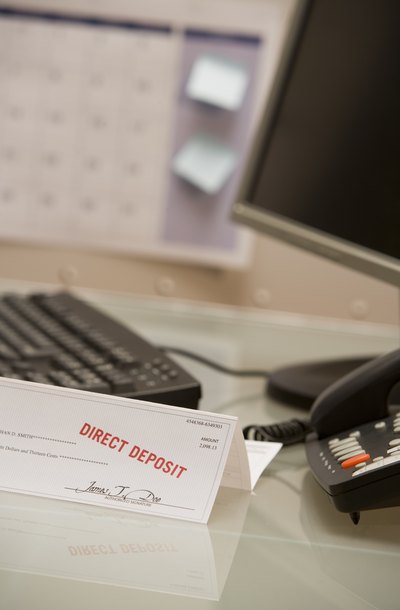 As of 2011, California, Nevada, Hawaii and Iowa all use a fee schedule set by state law to determine what percentage of the estate an executor or personal representative should receive as compensation for his work on the estate, according to the Arizona Courts. Of these states, the most complex fee schedule is California's, which provides for different percentage amounts depending on the size of the estate -- the executor may receive up to 4 percent of the first $100,000 of the estate, up to 3 percent of the next $100,000 and up to 2 percent of the next $800,000. For estates over $25 million, the percentage must be set by the court, according to the California Probate Code.

Some states have adopted the Uniform Probate Code, including the section on how to compensate the executor of a will. In these states, no specific amount or fee is set by law. Instead, the probate code gives the probate court the discretion to determine what percentage to pay the executor, as long as that amount is "reasonable." The burden is placed on the executor to demonstrate that the monetary percentage she wants is reasonable and will not unduly deprive any of the estate's beneficiaries. As of 2011, the states that had adopted the Uniform Probate Code were Alaska, Arizona, Colorado, Hawaii, Idaho, Maine, Massachusetts, Michigan, Minnesota, Montana, Nebraska, New Jersey, New Mexico, North Dakota, Pennsylvania, South Carolina, South Dakota, Utah and Wisconsin.

Most of the remaining states have a specific flat percentage listed in their probate codes. This percentage represents the amount of the estate the executor may take in compensation, regardless of the estate's size. To prevent unreasonably large executor fees, some states have enacted a flat percentage plus a requirement that the monetary compensation be reasonable overall. For instance, Virginia's probate code allows the executor to take a monetary percentage of 5 percent, but requires the probate court to check the dollar amount this represents and reduce it if it is unreasonably large for the amount of work the executor has done.

Protect your loved ones. Start My Estate Plan
What Monetary Percentage Does an Executor of a Will Get in California?

What Percentage Does the Executor Get in Illinois?

An executor in Illinois handles your estate according to the instructions in your will. If there is no will, the probate court will appoint an administrator to pay the outstanding debts and transfer the remaining assets to your legal heirs. Whether or not a will appoints an executor, Illinois law provides for reasonable compensation for these services at an hourly rate, not based on a set percentage of the estate's assets.

Can an Executor Charge a Beneficiary for Duties?

The executor of an estate is normally named in a valid will, appointed by the overseeing probate court, and is generally a family member or friend of the deceased. A lawyer or other professional can also be named as an executor. An executor is responsible for paying the deceased’s debts and distributing the estate assets in the manner described in the will. He may also need to hire others, such as appraisers, to help him value or sell assets in the estate. These services are also paid for by the estate. An executor can be paid for his services, but he is not compensated directly by the beneficiaries. The estate pays for the executor’s services, which diminishes the amount of assets the beneficiaries get.

How Much Can an Executor Charge for Services in Ohio?

When you die, someone must carry out the task of collecting and distributing your property. The process is known as probate, and the person you name in your will to be in charge of administering probate is known as the executor. Although the amount of work involved in a probate proceeding can vary, executors in Ohio are entitled to compensation from your estate for their services, and this compensation is based on the total value of your property.

How Much Do I Pay an Executor of a Will?

An executor of a will generally receives compensation for his work. Each state has laws that govern how an executor is ...

How Much Will I Make As Executor of a Will in Missouri?

An executor, sometimes known as a personal representative, is the person named in a will to carry out the final wishes ...

The tasks of a will's executor can be complex and time-consuming, and often require a certain degree of expertise. In ...

What Is the Statutory Amount to Pay an Estate Executor in Illinois?

When you die, an executor must collect your remaining assets, pay your creditors, and distribute your property ...