Is Movable Property Considered Part of an Estate in Louisiana? 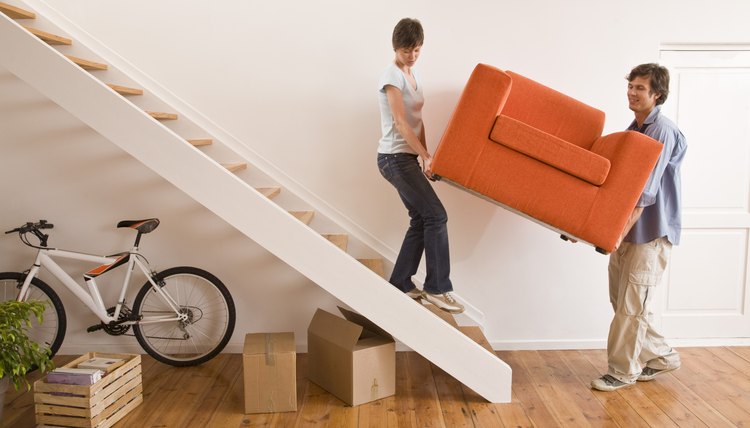 Louisiana’s Civil Code divides property into two categories: movable and immovable. Property not specifically labeled immovable under Louisiana law is generally considered movable. In other states, you would call movables personal property, while immovables are real property. In Louisiana, movables have everything to do with portability. They’re items such as furniture, cars or cash. Immovables are things permanently attached to the land -- and if unattached, lose their functionality, such as a house or a tree. Further, if a movable is permanently attached to a building or other construction so that removing it would substantially damage it, the building or construction, it becomes immovable. Moreover, an owner can declare installed machinery, appliances and equipment as immovables.

Married without a Will

As with other states, in Louisiana, some property is not part of an estate and subject to probate. Typically, property that is paid to a named payee or beneficiary by a third party is not subject to succession laws. For example, a retirement asset, like an IRA or 401(k), doesn’t have to go through probate. The proceeds of life insurance are another example of an asset that does not go through probate, provided a living beneficiary is named in the document.

Get a free, confidential bankruptcy evaluation. Learn More
Separate Property That Was Donated to a Decedent With No Will in Louisiana

Do I Need to Record a Divorce Decree With a Quit Claim Deed?

Not all deeds are created equal. While a warranty deed carries a guarantee that the person signing the deed owns an interest in the land, a quitclaim deed does not. Quitclaims are often used for property transfers from one former spouse to another following a divorce. In some states, a divorce decree must be filed with a quitclaim to transfer marital property.

What Happens With Probate After a Homeowner Dies Without a Will?

A person who dies without leaving a will is said to have died “intestate.” New York courts distribute intestate property according to a statutory scheme of succession and these laws apply only to property located in the state of New York. Laws of other states may apply to real property located outside of New York, even if the decedent had been a legal resident of the state. The intent of New York's intestate succession law is to distribute the estate in the manner in which the decedent likely would have had she left a will; the statutory scheme distributes the decedent's property to the closest surviving relatives first.

In an Idaho divorce, property is divided based on the community property system, in which each spouse gets half of the ...

Probate is the means by which a court transfers legal ownership of property from a deceased person to his heirs, ...