Until recently, nonprofit organizations were not subject to specific limits on the amount they could spend on salaries, fundraising and other overhead expenses. However, overhead expenditures by nonprofits exempt from federal income tax may come under scrutiny by the Internal Revenue Service, and new legal restrictions on overhead spending are also being put in place by some state governments. 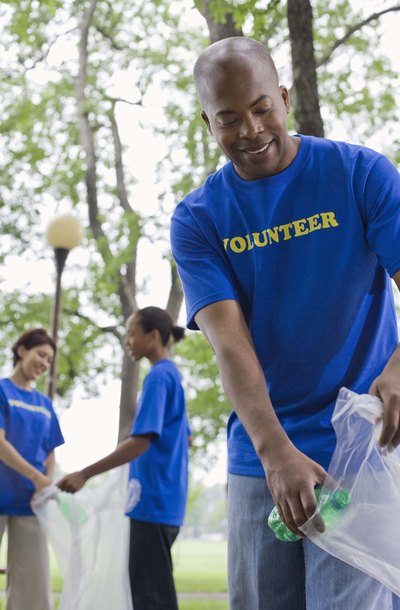 As Yale Law School Professor Henry Hansmann observes in "The Ownership of Enterprise," nonprofit organizations are subject to the nondistribution constraint, which is a legal prohibition on distributing net profits to insiders. For example, charities can be subject to financial penalties and even lose their federal tax exempt status, if they pay salaries that the IRS determines to be excessive.

As nonprofit lawyer Bruce Hopkins observes in "The Law of Fundraising," the U.S. Supreme Court has struck down several attempts to limit nonprofit fundraising expenditures. However, in 2012, Governor Andrew Cuomo of New York, placed specific limits on overhead expenses for nonprofits receiving state grant funding: total overhead expenditures cannot exceed 25 percent of state grant support to a nonprofit, with no more than $199,000 going to an executive's salary.

In recent years, several state legislatures have also tried to pass new restrictions on nonprofit overhead, and in 2013, the Oregon legislature enacted a specific limit on overhead expenditures. As of January 1, 2014, a charity that does not spend at least 30 percent of its expenditures on its charitable programs can be stripped of its eligibility to receive donations exempt from Oregon's state income tax.

Ready to form a nonprofit? Get Started Now
How Many Fundraisers Can a Nonprofit Hold in a Year?

Nonprofit foundations that meet certain requirements are eligible for special tax treatment by the IRS under Section 501(c)(3) of the Internal Revenue Code. Donors to such organizations enjoy tax benefits as well. Most nonprofit organizations must apply for 510(c)(3) status before taking advantage of its benefits. Under certain circumstances, however, the IRS may revoke a nonprofit foundation's status.

Federal tax laws prohibit nonprofit organizations from engaging in partisan political activity. Tax-exempt organizations may run afoul of the Internal Revenue Service if those groups take part in political campaigns for or against a candidate for public office. Nonprofits that violate IRS guidelines and U.S. laws prohibiting nonprofits from partisan political activity risk losing their tax-exempt status and may also incur tax penalties.

Many charities pursue 501(c)(3) status because it allows organizations to avoid certain taxes and accept tax-deductible ...

Federal taxes are a significant expense for many businesses, but not for exempt non-profits. Non-profit charities that ...

A nonprofit organization formed under a state statute can apply for exemption from federal income taxes under one of ...