How Much Charitable Contributions Can Be Made in Chapter 7? 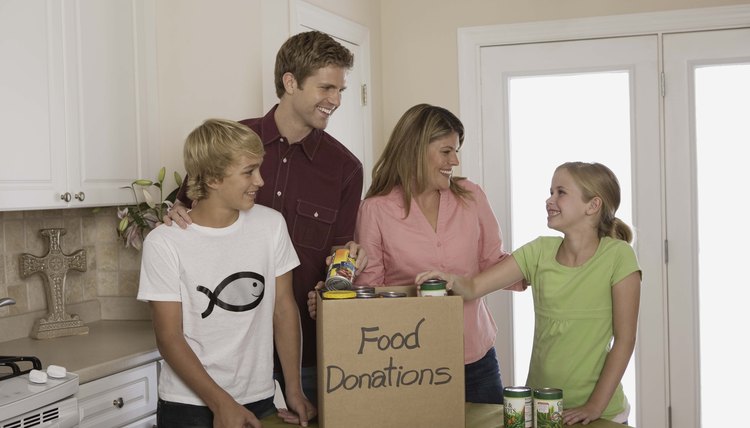 A bankruptcy reform law passed in 2005 sets a means test for Chapter 7 filers. In general terms, you must not draw an income above the median for your state and family size in order to qualify for filing under Chapter 7. If your income exceeds the median, you can deduct certain expenses to qualify for Chapter 7, including charitable contributions as defined by the IRS. The size of your contribution is not limited, but you may have to show a history of making such donations for this expense to be valid. If you make a sizable charitable donation for the sole purpose of meeting the Chapter 7 means test, the bankruptcy court may object and disqualify you.

Giving money to another party to evade creditors, either in or out of bankruptcy, is known as fraudulent transfer and is punishable under federal and state laws. The bankruptcy code excludes debtors who make charitable gifts -- either during or before the bankruptcy -- from prosecution for fraudulent transfer with certain conditions covered by the Religious Liberty and Charitable Donation Protection Act of 1998. Charitable donations must not exceed 15 percent of the debtor's gross income earned in the year of the contribution, and must conform with the debtor's past history, as evidenced by federal tax returns.

For the purposes of determining abuse of the bankruptcy law, your charitable donations must be in the form of cash or financial instruments. Therefore, donating jewelry, antiques, vehicles or other non-financial goods to a charity won't protect you from prosecution for fraudulent transfer. Selling these assets and then turning over the cash can also be prosecuted, especially if you are unable to show a historical pattern of charitable giving.

Get a free, confidential bankruptcy evaluation. Learn More
What Are Excused Exemptions for a Bankruptcy in Wisconsin?

What Constitutes Fraud in a Bankruptcy?

Bankruptcy proceedings allow businesses and individuals to reorganize or eliminate their debts. The United States Bankruptcy Code requires petitioning debtors to be open and honest with the court. Debtors who commit acts of fraud during the bankruptcy process face up to five years in prison and $250,000 in fines. The United States Department of Justice encourages people to report suspected bankruptcy fraud to it.

A 401(K) is an employer-sponsored retirement plan, controlled by IRS rules. Both employers and employees can make contributions to the plan, which continues to grow tax-free until you start taking distributions as early as age 59 1/2. If you run into financial trouble and must declare bankruptcy, you can protect the funds in a 401(k) from seizure by your creditors.

How to File an Objection in a Bankruptcy Case

Bankruptcy is a legal process intended to give debtors a fresh financial start. When an individual files bankruptcy, ...

Non-Profit Fundraising in the State of Florida

The life of a nonprofit hinges on its ability to collect donations. In Florida, most nonprofits are subject to specific ...

When federal lawmakers rewrote the bankruptcy law in 2005, they set up a means test for debtors filing for Chapter 7 ...

Generally, fraud is dishonesty in some form, which is done with the intent that others rely on it so that you gain an ...