Do You Need a Lawyer to Make a Will Legal?

Most U.S. states have a handful of specific items that must be included for a will to be valid. These include items like a signature, the appointment of an executor, and at least one phrase distributing some or all of the estate, according to FindLaw. Although an attorney is not required to make a valid or legal will, an attorney can be helpful if you have children, a large estate, or are concerned about will contests after your death. 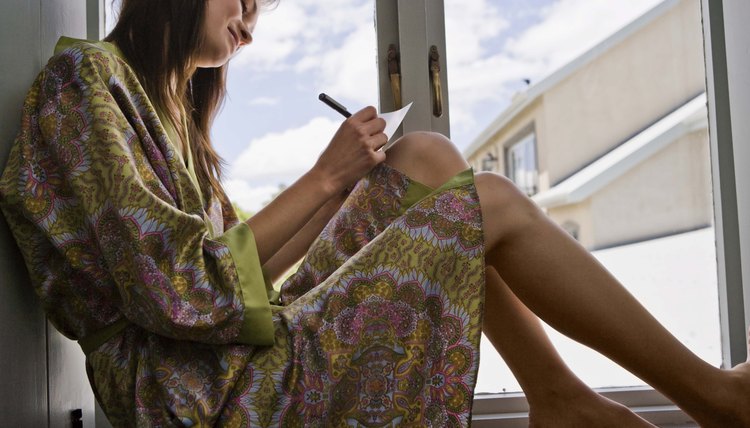 Most states have only a few requirements for a valid will: First, the testator, or person making the will, must be at least 18 years old. Second, the testator must be mentally competent to make a will, which means that he is of sound mind and understands what a will is and how it works. Third, a legal will must name an executor, or a person who will carry out the instructions in the will after testator is gone, according to FindLaw. Fourth, the will must contain at least one instruction for the executor to carry out. Finally, a legal will must be signed by the testator and must contain some evidence that the testator means it to be his will, such as the phrase "this is my last will and testament," according to the American Bar Association.

In most states, a will must be written down in order to be valid, according to FindLaw. You may write your will by hand or type it on a computer, typewriter or word processor. Since the laws governing electronic wills, such as those saved as computer files, is vague and changing rapidly in many states, it is wisest to print out your will if you use a computer to create it, according to the American Bar Association. If you write by hand, you may start on a blank piece of paper or use a preprinted will form available from many stationers. A handful of states allow video wills, but usually these wills only supplement a written will and cannot serve as a legal substitute for a written will, according to the American Bar Association.

In all 50 U.S. states, a valid will must be signed by the testator and also signed by at least two witnesses, according to FindLaw. Like the testator, the witnesses must each be over the age of 18 and be mentally competent. In Vermont, a third witness is required, and in Louisiana, a notary must sign the will in addition to the testator and the two witnesses. To maximize the chances that you will may be found legal by the probate court, you should sign in the presence of your witnesses and the notary, who will then be able to sign and testify truthfully that they saw you sign your own will, according to FindLaw.

Although a will can be valid without an attorney's assistance, it is wise to consult an attorney when preparing your will for a number of reasons: First, not all property can be passed to a beneficiary through a will. Joint bank accounts, insurance policies and other assets may pass outside probate, which means your will cannot affect who gets them, according to the American Bar Association. Also, if you believe your beneficiaries may fight about your will after your death, an attorney can help you minimize the chances they will contest the will by including language that explains why you have excluded a particular beneficiary or by including a no-contest clause, according to FindLaw.

Protect your loved ones. Start My Estate Plan
DIY for a Will and Testament

How to Write a Hand Written Will

When you write your last will and testament by hand, it’s called "holographic" in legal terms. Some states require witnesses for holographic wills; others do not. Some states don’t accept handwritten wills at all. Check with your state’s website or consult with an attorney to be sure of your area's guidelines.

How to Write a Canadian Hand Written Will

A handwritten will, called a holographic will, is legal in some of the provinces of Canada. There is no set form for a holographic will, and it does not have to use any specific words or phrases. A holographic will can be used to save money on legal fees or in times of emergency. For example, Cecil Harris, a Saskatchewan farmer, died after being pinned under his tractor. Before he died, he carved his will on the fender of the tractor. His will, which was upheld by a court as a valid holographic will, read, “In case I die in this mess, I leave all to the wife. Cecil Harris.”

How to Create a Will in Maryland

Seven out of 10 Americans die without a will, according to the University of Maryland’s Maryland Cooperative Extension. Many people believe that wills are unnecessary because they do not have many or valuable assets; however, a will can make life easier for your survivors, even if you only have modest possessions. A legal valid will ensures that your assets will be distributed to your beneficiaries according to your wishes. Although it is legal to write a will yourself, it is less risky to hire a lawyer to prepare it for you.

A legal will is a will that meets the requirements in state law for the will to be recognized by that state. Each U.S. ...

What Is Included in Personal Items in a Will?

The category of "personal items" in a will includes every piece of personal property that the testator, or person who ...