Do You Need a License to Collect for Charity?

Most states regulate fundraising to protect the public, corporations and any potential donors from fraudulent solicitation. Many charitable organizations must register with the state, and individual fundraising professionals must hold a license before they may fundraise. Although the law differs from state to state, it is important to understand the requirements before you or your charity begin fundraising. 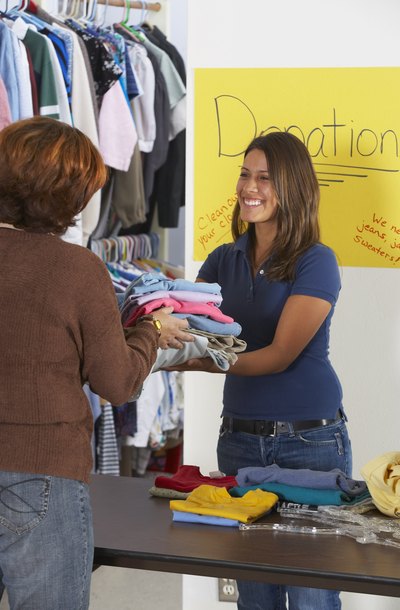 In many states, charitable organizations must obtain a license before soliciting any donations. Charities can apply for a license by providing the state with details about the organization, such as its purpose, operating budget and the names of its directors and officers. Depending on the laws of the particular state, there may be exemptions for charities under a certain budget, churches, schools or other specific types of organizations. States generally impose a fee for registration.

Many states require both registered charities and professional fundraisers to file annual reports with the state. Generally, the report must include financial information, such as recently filed tax returns. The state may also require professional fundraisers to list how much they personally raised for a particular charity, as well as the income they received from the charitable organization.

If a charity or a fundraising professional does not properly register before collecting money from the public, the state may impose penalties, including fines or even jail time. In some states, a fee is assessed based on how many individuals were contacted for donations. The state may even order the charity to return any donations they received. Further, if the state finds that an individual or organization intended to deceive or defraud a charity or individual, larger fines and imprisonment are more likely.

Ready to form a nonprofit? Get Started Now
Rules for Fundraisers for Non-Profit Organizations in Florida

Tennessee Guidelines for a Nonprofit Business

Non-Profit Rules for a Raffle in New Jersey

Non-profit organizations frequently organize raffles to raise funds. Conducting a raffle is, however, a form of gambling and is strictly controlled by statute. New Jersey laws allow non-profit organizations to organize raffles and similar gaming activities provided they first obtain a license from the municipality where the raffle is to be held. The Legalized Games of Chance Control Commission administers the operation of raffles by non-profit bodies in the state.

Does a Nonprofit Organization in Pennsylvania Require a Business License?

A business license is simply an issuance of permission to operate in the state. Although nonprofits do not transact ...

When Does a Non-Profit File an Annual Report With the State of New Jersey?

State law governs the creation of and disclosure rules relating to various corporate and nonprofit entities that ...

How to Create a 501C3 in California

Although a somewhat cumbersome process, properly registering your organization as a 501(c)(3) nonprofit allows it to ...