What Needs a Patent: An Idea or An Invention?

When you have a great idea, you'll be tempted to patent the idea as soon as possible. However, simply having a great idea isn't enough to file for a patent. You'll need to meet a number of very specific requirements before you can start the patent application process and eventually obtain a patent. 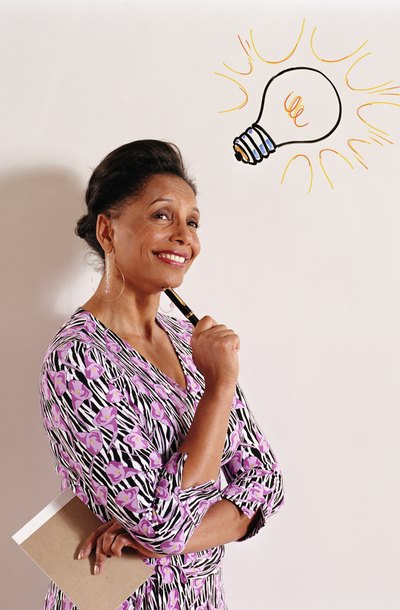 Ideas that you've dreamed up in your head but have yet to place into tangible form can't be patented. In order for an idea to be patented, it must be more than theory. It can't just be the starting point of an investigation; it should be the culmination of your research. You should know the exact steps needed to make your idea a reality. But even more than that, someone of equal skill and knowledge should be able to look at your patent application and use your specifications to create the exact same thing in a workable form.

In order for an idea to be patentable, the invention represented by the idea must be useful. In patent terms, this is referred to as having utility. One way to show that something is useful is by creating a prototype. A prototype is essentially a model of your invention that demonstrates your design and how it works. It's good to make a prototype before you submit a patent application because you'll likely discover flaws that need fixing or come up with improvements for your design. If your invention is too expensive to create a working prototype, you can create a virtual prototype with computer animation software.

Just because you have a working prototype doesn't mean it's patentable. You'll still need to meet a few additional requirements. Your invention should be novel, meaning it's new and hasn't been created before. It will be deemed new if it provides a substantial, significant improvement on an already existing process or invention. There shouldn't be any prior art, meaning that nothing should have been published about the invention before you file for a patent. It also should be nonobvious, which means that the invention shouldn't be obvious to someone in your field. Rather, your work should be a surprising creation or result in a surprising outcome.

When your invention is still in the idea stage, you can't patent it. However, there are other steps you can take immediately to ensure you retain ownership once you're ready to patent it. In order to own a patent, you'll have to prove that you came up with the idea first. Take detailed notes from the moment you have the idea, documenting every step in the creation process. Write down everything about the invention, including how you intend to make and sell it. Keep all your ideas in an inventor's journal that's signed and dated by you and a witness. Make sure the pages are numbered consecutively and no pages can be removed or inserted. This ensures you'll have a clear line of evidence showing that you are the author of the idea and your timeline of creation.

File a provisional application for patent online. Get Started Now
How to Get a Patent on an Idea for Clothing Accessories

Checklist for Getting a Patent

Coming up with a brilliant invention can be exciting. Among the most important steps you'll want to take right away is applying for a patent. A patent will protect your invention and keep others from making the same thing and profiting from it. You'll want to start the process early because if someone else has created something similar, the decision on who gets the patent might be based on who created it first or applied first.

It is impossible to patent a mere idea -- you must first reduce it to tangible form. To be eligible for a patent, your toy must be unique, useful and non-obvious. Of these three patent requirements, non-obviousness is the most difficult to meet, due to the low-tech nature of most toys -- your toy must exhibit a degree of innovation beyond the "state of the art" that would not be obvious to a skilled toy manufacturer. Toy designs are normally filed as utility patents, which expire 20 years after the original patent application filing date.

How to File a Software Patent

A patent protects the legal right of the patent holder to prevent others from using or profiting from his invention without his authorization. Although copyright law protects software, it is possible to patent software in the United States. Software patents are a type of utility patent. They are controversial because critics contend that they discourage innovation; in fact, many countries refuse to grant software patents. A utility patent expires 20 years after the patent application is first filed with the U.S. Patent and Trademark Office.

A patent protects an inventor's right to produce the product he invented, preventing others from selling or using the ...

What Does a Patent Number Tell You About the Product?

The U.S. patent numbering system is more complex than you might think at first glance. Each number provides information ...

How to Protect My Idea for a Restaurant Concept