How to Negotiate Child Custody and Divorce

Child custody is one of the biggest issues to negotiate when going through a divorce. There are many ways to handle placement of children and this is often one of the more emotional parts of a divorce proceeding. However, when divorcing couples can come to an agreement that works for the family, the children benefit in the end. 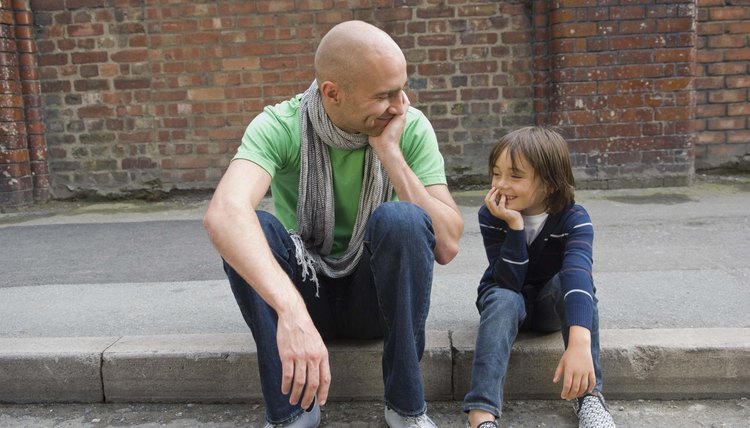 Child custody consists of legal and physical components. Legal custody is the power to make decisions for your child, such as education, religion and health care. Physical custody represents a child's primary residence and his day-to-day care. Child custody laws vary by state, so check your state's statutes. This will help you determine what the court might order if your case proceeds to trial. Typically, a court’s primary consideration is the child’s best interests. Therefore, you should provide evidence as to how your desired arrangement benefits the child.

Sole legal custody is when one parent has the right and responsibility to make decisions regarding the child’s welfare. Sole physical custody is when the child resides with and is under the supervision of one parent. However, the noncustodial parent usually has visitation rights, unless the court determines visitation would not be in the best interest of the child. Courts often do not like to award sole physical and legal custody to a parent unless the other parent is unfit. Typically, courts prefer shared legal custody and rather one parent not have absolute decision-making authority over a child.

Usually the best interests of the child is the standard for determining custody arrangements. A parent may argue for sole custody or designation as the primary residential parent by using the child's school records to show how the child has been making good grades while living with her. A parent could also use medical records, such as visits with a psychiatrist, to show how living with her is beneficial to the child. A parent may also provide evidence that she has been the primary caregiver of the child, as demonstrated by her regularly taking the child to school, helping with school work or cooking for the child. This will help show how the parent is capable of taking care of the child and maintains the status quo. Before negotiating your child custody case, you may want to set goals. This will help during negotiations since you will have a better picture of both your best case scenario and bottom line, which will help in reaching a compromise and settling the case.

Divorce is never easy, but we can help. Learn More
Tips for Winning a Child Custody Battle

What Is the Meaning of Primary Custodian?

When the word primary is used in connection with custody, it usually relates to physical custody – which parent your children will live with after your divorce. The primary parent or custodian has possession of the children the majority of the time, but different states use various terms for dealing with this legal concept.

What Is the Difference Between Custodial Parent and Sole Legal Custody of a Child?

Custody is a serious decision that comes into play when parents are no longer married to each other. Unless both parents come to a mutual agreement, a court will dictate which parent the child will live with, who will be responsible for critical decisions relating to the child and whether both parents will share legal or physical custody. Custody arrangements can be modified, and are typically used until the child reaches adulthood -- which is age 18, in most states. Custody determinations are made in accordance with the best interests of the child. Custody is also a concept of state law, and the concept varies by state; its terminology, however, is typically universally accepted. For example, legal custody is not defined in Hawaii state law, but attorneys use the term, because its meaning is universally understood. There are four major custody arrangements, with the differences being which parent is able to make important decisions for the child and where the child will live.

Parents have a constitutional right to the "care, custody and control" of their children as stated by the United States ...

What Age Do Children in Utah Have Rights to Choose Which Parent to Live With in a Divorce?

In Utah, the wishes of a child are one factor a court may consider when determining the custody arrangement following a ...