Nevada Law on the Emancipation of a Minor Child

The age of majority, or the age at which a child legally becomes an adult, is 18 in Nevada. However, teenagers younger than 18 can petition a Nevada court for emancipation, freeing themselves from their parents' authority. When this occurs, they can enter into legally binding contracts and incur debt, just as adults can. However, in some respects, they’re still minors under Nevada law. 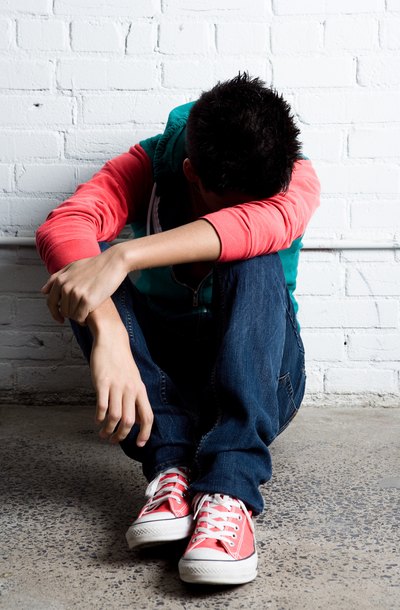 When a child residing in Nevada reaches the age of 16, he can ask the court for early emancipation. Under Section 129.080 of the Nevada Revised Statutes, he can file a petition with the court if he has married or has already moved out of his parents’ or guardians' home. However, he must prove to the court’s satisfaction that he can make it on his own. This usually involves showing proof of his income and that it’s enough to meet his budget. If he has a roommate or receives financial assistance from a family member, the court can take that into consideration. If the court agrees that the child is capable, it will issue a decree of emancipation.

When a teenager reaches the age of 18, he does not have to petition the court to make his emancipation official. It occurs automatically, along with the rights that come with it. An 18-year-old does not need his parents’ permission to move out of their home. If his parents don’t live together and a custody order is in effect, it no longer binds him. He can live with whichever parent he prefers.

Under Nevada law, child support continues past a child's 18th birthday if he is still in high school. In this case, child support extends until the child’s 19th birthday or until graduation, whichever occurs first. However, a decree of early emancipation supersedes this law. It automatically ends a parent’s obligation to pay support effective the date of the decree. There is no need for the parent to petition the court to end child support unless the support order covers other children as well. Nevada calculates child support as a percentage of the non-custodial parent’s income based on the number of children. For example, the percentage is 25 percent for two children, and 18 percent for one child. If a parent has two children and one emancipates but the other does not, the parent would have to petition the court to change his support order from 25 percent to 18 percent of his gross pay. He can’t just begin paying half the original order for two children.

Early emancipation or turning 18 does not affect age-related criminal statutes in Nevada. It is still illegal for the emancipated child to gamble, work in a casino, or purchase or consume alcohol until he turns 21. If charged with a crime, a minor who emancipated before the age of 18 would still be tried as a child, unless the crime is very serious. When charged with attempted murder or murder, he would be tried as an adult. With other serious crimes, the court might determine that the juvenile justice system cannot help him. In this case, he would also be tried as an adult.

Can You Get Child Support Stopped at 18 if a Child Is in Secondary School?

Most states agree that your child has the right to finish secondary school without worrying about supporting himself just because his parents have divorced. Rules usually limit how long he can remain in high school, however, while you support him. State law varies with regard to what constitutes emancipation or the age of majority – the time when a child is legally considered an adult. In most jurisdictions, graduation is a pivotal factor.

What Are the Sentencing Guidelines in Michigan for Nonpayment of Child Support?

In Michigan, when a court orders a noncustodial parent to pay child support, he must do so until the child turns 18 years old. If a child is still in high school, the noncustodial parent must provide support until the child turns 19 1/2 years old. When a parent violates a child support order, he may face criminal prosecution, jail time and/or fines.

When Can Child Support Be Terminated in Kentucky?

In New Mexico, the amount of child support is determined based on the principle that a child should receive the same ...

Back Child Support Laws and the Kentucky Statute of Limitations

All states take collection of child support seriously, but Kentucky is particularly aggressive about pursuing parents ...

Noncustodial parents have a legal obligation to support their minor children and generally must pay child support to ...

Does Child Support Automatically Stop When a Child Turns 18 in Maryland?