Every state recognizes no-fault divorce, but that wasn't always the case. Until recently, if you wanted a divorce in New York, you had to prove that your spouse was the cause of the marriage falling apart. In other words, one spouse had to take the blame, even if both spouses wanted the divorce. Typically, this led to a drawn-out divorce process mired in conflict. However, in 2010, New York eliminated this restriction by permitting no-fault divorce, becoming the last state in the union to do so. 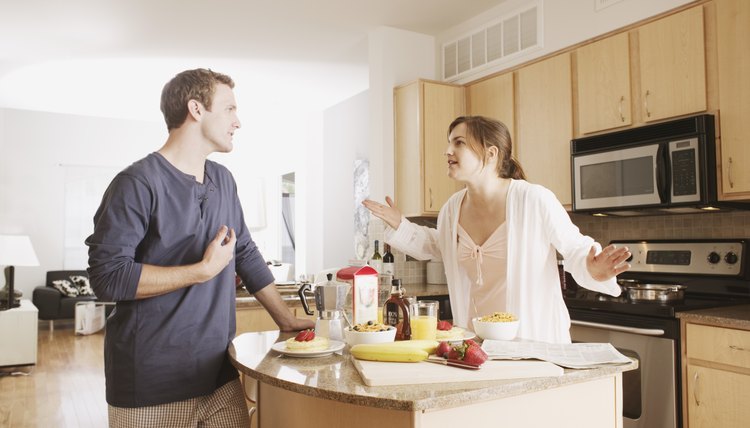 In New York, when spouses file for divorce, they must cite their grounds, or reasons, for terminating the marriage. Since its adoption in 2010, many couples use the no-fault ground of irretrievable breakdown. Under this ground, neither spouse has to cast blame on the other to get a divorce. Instead, one or both spouses may simply claim the marriage has been irretrievably broken for six months or more. Although no-fault divorce is now an option in New York, spouses are not limited to this ground alone. They may also choose from six other available grounds, such as adultery, cruel and inhuman treatment, abandonment and separation.

Before a no-fault divorce is granted in New York, the court must resolve all marital issues, including property division. New York, like a majority of states, follows the equitable distribution scheme for property distribution. This means that the court divides property between spouses in a fair and just manner. Although this may result in a 50-50 split, an unequal division is also possible. When deciding on the appropriate split, the court evaluates several factors, including how long the marriage lasted, spouse age, health and income, and whether alimony has been awarded. In divorce, New York courts typically divide marital property acquired by either spouse during the marriage, with the exception of gifts or inheritances.

If you and your spouse are parents, the court also will devise a custody arrangement before the divorce may be finalized. New York recognizes both physical and legal custody. Physical custody represents with whom your child lives, while legal custody represents the right to make important decisions concerning your child's welfare, such as schooling, health and religion. New York courts often award legal custody to both parents, known as joint custody, and physical custody to one parent with the other granted visitation rights. The court, however, can allocate custody in whatever manner it chooses, based on the best interests of your child. To do this, the court looks at a variety of factors, including the parent age, any history of substance abuse or domestic violence, home environment, wishes of the child and each parent's willingness to encourage the other one's relationship with the child.

When circumstances require, New York courts may award spousal maintenance to one spouse as part of the divorce, also known as alimony or spousal support. When deciding whether to award maintenance, as well as the amount and duration, the court considers several factors, as outlined in state law. These include the standard of living enjoyed during the marriage, length of the marriage, each spouse's contribution to the marriage, and whether the requesting spouse has sufficient assets and income to be self-supporting. Once spousal maintenance is awarded, either spouse may later petition the court for modification of the award if circumstances change significantly, such as job loss or permanent disability. Permanent maintenance awards automatically terminate upon the death of either spouse or recipient spouse's remarriage.

Divorce is never easy, but we can help. Learn More
Florida Divorce Laws on Infidelity

Who Gets Custody in a Common Law Marriage?

Most states do not recognize common-law marriages. Among those that do, the definition is relatively uniform: spouses present themselves to the public as a married couple and openly conduct their lives as husband and wife. This might include filing joint tax returns and owning property together. The major distinction between traditional and common-law marriages is that no marriage license was issued and no official marriage ceremony took place.

Reasons for divorce and grounds for divorce are two different things. A spouse may decide to leave a marriage for any behavior that sufficiently upsets her, such as withholding affection. This reason may or may not provide "fault" grounds for divorce, depending upon the state where she lives. Fortunately, all states now offer no-fault divorces that do not require a spouse to prove that the marriage failed because of something her spouse did.

The law is firm that you can't get married if you're already married to someone else. If you do, it’s bigamy – unless you honestly believe that your first spouse divorced you or died. Bigamy occurs when a spouse knows he's still married and marries again. In Tennessee, it's grounds for divorce and also a criminal offense.