What Is the Normal Child Visitation for Divorced Parents?

A non-residential parent can be worried and disheartened by the idea that he won't have enough time to continue to grow his relationship with his child. It helps to have a clear understanding of what normal, or standard, visitation is for divorced parents. The schedule won't be exactly the same in every state, but the guidelines are similar, and judges may deviate from the guidelines, based on the facts of your particular case. 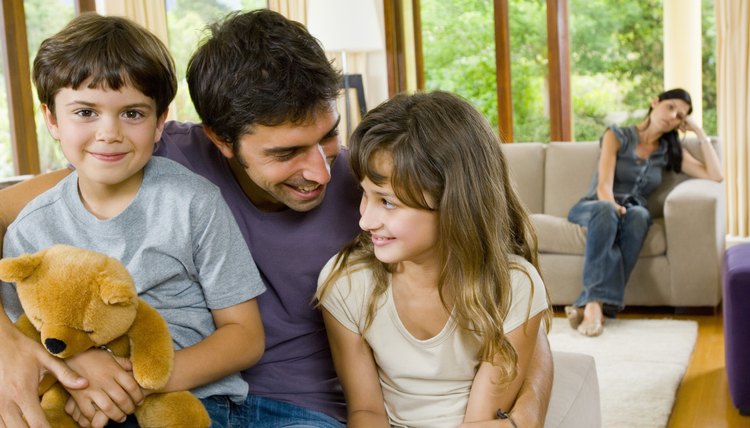 Many states have a standard visitation schedule that's imposed when parents cannot agree on their own routine. Some states' standard schedule is actually a group of schedules that differ by age or distance between the parents' residences. In some states such as Ohio and Arkansas, each county within the state has its own schedule set out by local rule that controls for divorces granted in that county.

Standardized schedules reflect what legislatures and judges consider in the best interests of children for most families within their jurisdictions. If standard visitation is imposed, judges may modify the schedule themselves to ensure the best interest of the child in a particular divorce is served. In Utah, for example, factors a judge considers when modifying standard visitation include any danger to the child posed by the non-residential parent or history of sub-standard parenting, financial inability to provide food and safe shelter, distance between parental residences, degree of involvement with child's school and extracurricular activities, "substantial and chronic" patterns of missed visitations, and even the child's preference, if age and maturity allow.

In some states such as Delaware and Oklahoma, different standard schedules exist for different age groups. In Delaware, from birth to 18 months, the non-custodial parent gets the child every other weekend and two weeknight evenings. At 18 months to 5 years, the weeknight evenings are converted to overnights. For ages 5 and up, time is shared equally between the parents, with an option to alternate entire weeks between the parents. Holidays are split into two groups: Group one consists of the following: Easter (or any religious holiday), July 4th, Halloween and Christmas Day; group two consists of Memorial Day, Labor Day, Thanksgiving and Christmas Eve. Parents will alternate even- or odd-numbered years for group one and group two holidays. Winter and spring breaks are split between the parents, and children will alternate weeks between parents during summer break.

Divorce is never easy, but we can help. Learn More
An Example of a Child Custody Schedule

When parents divorce, if the court does not award primary physical custody of the child to one parent that parent will almost certainly have the right to visitation with the child. This rule is virtually absolute, except in cases of documented domestic abuse or if other circumstances make a parent unfit. If your child is still a baby, however, special considerations apply. This does not mean you cannot have visitation, but your parenting plan must accommodate the particular needs of an infant.

Oklahoma, like all states, uses the "best interests of the child" standard in making custody and visitation determinations. However, this standard can be quite vague and lead to different results in similar cases depending on the judge, lawyers and other factors not related to a child's best interests. Consequently, Oklahoma has developed a set of visitation recommendations according to age and parental circumstances designed to help judges make uniform decisions that benefit children. Oklahoma also has standard rules for child support that make it easier for parents to calculate the child support they will likely pay.

In the past, most custody arrangements granted primary custody to mothers, giving only a few days of visitation to fathers. Recognizing the importance of promoting both parents' ongoing involvement with their children, however, many states now favor some form of shared custody. Shared custody arrangements can be ordered by a judge or agreed to by the parents, and they may be structured in a variety of ways.

Arkansas’s judicial code is more specific regarding custody than visitation issues. There are no state laws delineating ...

In most states, two kinds of custody apply to all separating families: legal and physical. Legal custody refers only to ...

Child custody and visitation cases can become contentious, especially when they involve an infant. Early attachment and ...