Divorcing in North Carolina can be very easy or very confusing, but the confusion arises mostly if you try to compare this state's laws with others. If you need the court to resolve certain issues -- such as property division -- you must specifically request this before divorcing. After the divorce is granted, the court will address these other issues as needed. When separation is your grounds for divorce, you must only live separate and apart for 366 days. 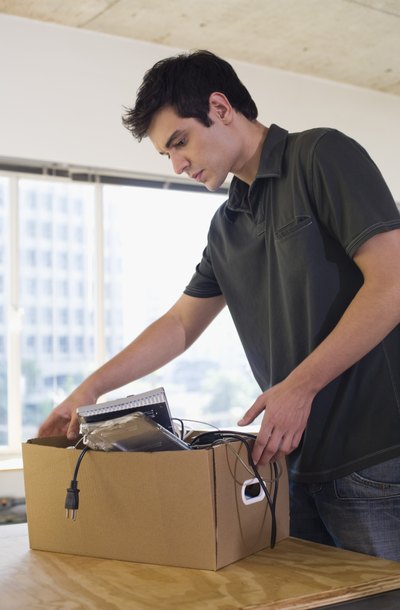 North Carolina is a pure no-fault state. Although you have the option of filing on grounds that your spouse is incurably insane, you must prove that this is so. Otherwise, you can file on the only other available grounds: a one-year separation. You and your spouse must live in separate residences during the year. Although the state won't hold occasional intimate moments against you, any behavior that indicates you've reconciled can be risky. The court judges reconciliation based on whether the filing spouse intended to end the marriage – or not to – during the separation period. You don't have to file anything with the court to initiate your separation in North Carolina. Your testimony that you've lived apart for a year is sufficient.

You cannot file for divorce in North Carolina until your separation period has concluded – literally one year and one day after you move into separate homes. You can't file first then wait out the year before your divorce is finalized. This is when reconciliation issues may come into play; your spouse may claim you haven't lived apart for a year with the intent to divorce. He can file an answer to your divorce complaint, disputing your grounds, and the court will schedule a hearing where each of you can state your position. The court will ultimately decide if you've been separated for a year with the intention of ending the marriage. If your spouse doesn't contest the divorce, it can be finalized within a relatively short period of time.

Although you're not required to file a separation agreement – or anything else – with the court to officially begin living apart, you can start the one-year requirement by attempting to reach a resolution with your spouse regarding issues of custody, support, alimony or property division by entering into a separation contract, which also denotes the date of your separation. If you're successful in reaching such an agreement, the terms can be incorporated into a "Separation Agreement and Property Settlement." North Carolina also offers you the option of filing a consent order memorializing the terms of your agreement.

If you do not reach a settlement agreement with your spouse, you must ask the court to intervene and decide these issues by filing a separate complaint before your divorce is final, or else you forever waive your right to have the court resolve issues of property division and alimony. This complaint instigates a process similar to a divorce trial in other states – except it occurs after the divorce is final -- where a judge will decide these issues for you.

If you do ask the court to decide issues of alimony and property, a North Carolina court can order you and your spouse to attend mediation before a judge will hear your case. Mediators are impartial third parties – they don't issue opinions or orders; they simply try to guide you toward reaching an agreement so the court doesn't have to get involved.

Divorce is never easy, but we can help. Learn More
Laws on How to Prove I Am Legally Separated in North Carolina

Ways to Respond to Divorce Summons in North Carolina

No matter where you live, when your spouse serves you with a divorce summons, it's possible to do nothing at all. However, in most states, you'll risk a lot if you don't respond. If your spouse has asked for full custody and all the property you own, you'll give up these things without a fight if you don't answer. This isn't always the case in North Carolina because divorce complaints generally don't include requests for property or custody.

When spouses hotly contest issues between them, this invariably requires at least one court appearance so a judge can resolve the disputes before granting them a divorce. This is true in every state. However, if you and your spouse can reach an agreement on all issues between you, Pennsylvania is particularly lenient about allowing you to divorce without appearing in court. The state’s legislation offers two options if you and your spouse want to be divorced with a minimum of fuss.

West Virginia is fairly accommodating if you're looking for a legal way to separate from your spouse. The state's legislature provides three means of doing so. The option you choose may depend on how amicable your separation is and whether you eventually intend to divorce.

North Carolina is somewhat unique among states in two respects: spouses can divorce without first resolving issues of ...

Required Period of Separation in Wyoming for Divorce

Wyoming makes divorce relatively easy, at least when it comes to the grounds on which you can file. It's a no-fault ...

What Are the Laws in Michigan for People Who Separated for Years But Now Want a Divorce?

Spouses might decide to live apart for a while for any number of reasons. They may be unwilling to totally pull the ...