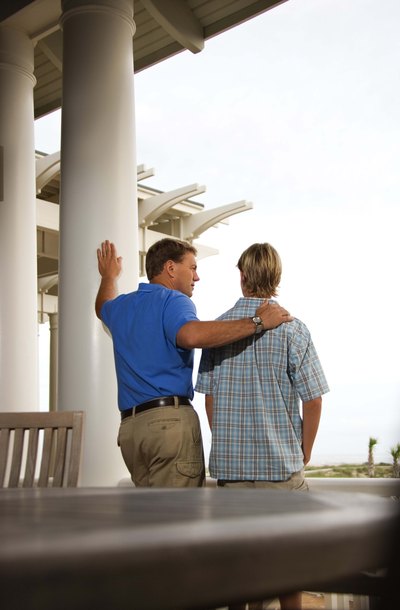 When you file for any type of divorce in North Carolina, either fault-based or no-fault, the first issue is that one of the spouses must have resided in the state for a minimum of six months. If this first step is not cleared, a divorce petition may not proceed. The second step to file for no-fault divorce in North Carolina is that the couple must have lived separate from each other for one year. The separation has to be more than simply sleeping in different sections of the same house. If the one-year separation threshold has been met, then the divorce may proceed; this is true even if there have been occasional, isolated instances of sexual relations between the two parties. There is also a provision which allows a divorce filing when one spouse suffers from mental insanity and the couple has lived apart for at least three years. However, most divorces in North Carolina occur under the one-year separation standard.

Every type of divorce is bound to include disputes, such as dividing marital property, determining child custody and deciding a child support arrangement. Alimony may also be awarded, especially when one spouse has a higher earning capacity or one spouse was a homemaker. When a couple is seeking a no-fault divorce, the best way to streamline the process is to come to a fair agreement on as many of these issues as possible outside of court.

When a court sees conflict, especially over child custody, it can order the parties to attend mediation. Child custody in North Carolina is determined on a “best interests of the child” standard, which means that custody will be decided based on what the court views as the best financial and living arrangements for the child. The court, however, will not order the parties to attend mediation over issues of support payments, either spousal or child support. Also, the court has the option to waive mediation altogether.

Coming to an Agreement

When the parties meet the residency and separation requirements for filing for no-fault divorce in North Carolina, the divorce process can proceed rather quickly. However, when a dispute does arise during divorce proceedings, the court will become the decision-maker. The courts in North Carolina abide by the “equitable distribution” standard when it comes to divorce – ensuring that while the division of assets may not be 50/50, the division is fair under the circumstances. If a no-fault divorce is uncontested, and the parties come to their own agreement beforehand, the divorce will usually move quickly through the courts.

Divorce is never easy, but we can help. Learn More
How Long Does a Divorce in West Virginia Take?

Disagreement between spouses usually is a major catalyst for divorce. Once the decision to end a marriage is made, if a couple can find common ground on all of the issues related to the divorce, they may qualify for an uncontested divorce in New York. Although certain state eligibility requirements must first be met, uncontested divorces typically can be finalized faster that traditional divorces, as the parties do not need to litigate their issues in court.

What Is the Least Time You Have to Be Separated for You to Get a Divorce in New Jersey?

When a couple wishes to get divorced, having to wait to file the paperwork can be frustrating. In New Jersey, how long you must be separated depends on the reason for divorce. Generally, no waiting period is required if the couple has been married for more than six months. Further, a divorce may proceed immediately if a party can show that adultery occurred. Knowing how the facts of your specific case can affect the New Jersey divorce process will help avoid unnecessary delays.

Even in no-fault divorce states where dissolving a marriage is a matter of personal choice, a judge must supervise your ...

Dissolving a marriage is an emotionally draining process even when both spouses are on board. It may be easier to ...