There is no set age at which a father suddenly has custody rights to his infant, though age can be considered in custody discussions. Though state custody laws and procedures vary, they are designed to allow courts to have flexibility when making custody determinations so that custody arrangements can fit the unique circumstances of each family. Thus, the level of custody a father receives depends on many factors, including the child’s age and circumstances. 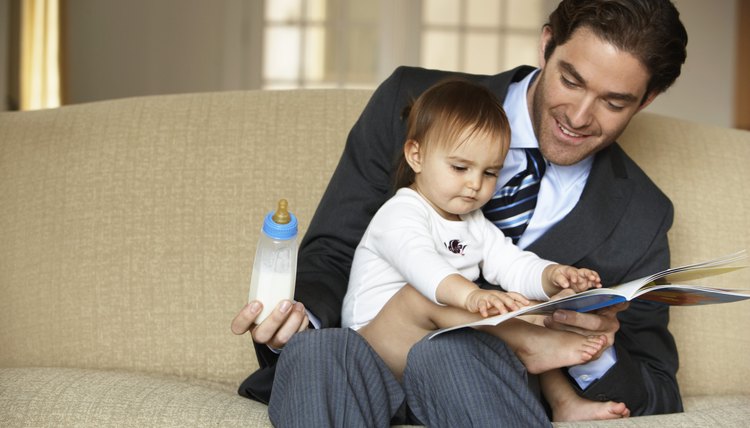 Though many parents think of custody in terms of how much time each gets to spend with the infant, courts actually split two types of custody in a divorce proceeding: legal custody and physical custody. Legal custody refers to a parent’s right to make important decisions for a child; courts commonly award joint legal custody, meaning the parents share the right to make important decisions, such as what medical care the child receives. Physical custody, sometimes called parenting time, refers to a parent’s right to spend time with the child. For example, a parent awarded primary physical custody spends more time with the child than a parent awarded visitation time.

Historically, courts used to give physical custody of young children to mothers automatically, sometimes because state laws required such awards. This practice was called the tender years doctrine because it theorized that young children, or children of tender years, needed their mother’s care and nurturing more than their father’s influence. This was a popular theory at a time in history in which most men worked outside the home and most women stayed home to raise children. This practice has been abolished in many states by nondiscrimination laws that prohibit courts from making custody determinations solely based on the gender of a parent.

All states have laws requiring their courts to consider the best interests of the child as the primary factor when awarding custody. Courts generally make “best interests” determinations after considering a number of factors related to the child’s circumstances as well as each parent’s circumstances and parenting ability. About half of the states provide a specific list of factors for courts to consider, including the child’s emotional ties with the parents and other family, capacity of the parents to provide for the child, and the mental and physical health of the parents. Often, even states that have a list of factors allow courts to consider other factors relevant to the case. Thus, courts can consider an infant’s age and reliance on his mother even though it cannot automatically award custody to a mother just because the child is young.

Since very young children often depend heavily on their mothers for care and feeding, some judges may assume it is in the best interests of the child for the mother to receive primary physical custody. Thus, to obtain custody, a father must prove it would be in his child’s best interests for the court to give him primary physical custody. If a mother is unfit, perhaps due to drug or alcohol abuse or a history of violence, the court is more likely to award custody to the father. Even if the mother is fit, the court is likely to award primary custody to a father who has been the child’s primary caretaker or had a significant role in his life. For example, a father who stayed home to take care of his infant while the mother went back to work is more likely to receive significant physical custody.

Divorce is never easy, but we can help. Learn More
Custody and Visitation of Toddlers

The fathers' rights movement is a response to perceived gender biases in the family court system. For many years, the presumption in child custody cases in most states was in favor of the mother, and fathers frequently had to fight for years to get equal time with their children. In 1981, South Carolina passed its Uniform Child Custody Act and the legislature has continued to make changes to child custody laws since that time. The law now accommodates the increasing number of fathers who are involved caretakers for their children. While individual judges may still have some biases in favor of traditional families, South Carolina law does not favor one parent over the other, and fathers and mothers have equal rights to their children.

In an effort to provide family court judges with clearer guidelines when making custody decisions, Pennsylvania made a ...

Fathers had few rights in custody battles in the 20th century. That changed somewhat in the millennium. However, the ...

The fathers' rights movement is a response to perceived injustices in the family court system throughout the country. ...