Oregon courts encourage divorcing spouses to work together and resolve marital issues such as custody and property division on their own. To that end, the court will order couples to attend mediation when custody disagreements arise. If the contested issue involves property, the court will send the couple to arbitration so that the couple can decide the matter in a less formal setting. By utilizing mediation and arbitration when necessary, Oregon spouses often move through the divorce process quickly, and with fewer costs. 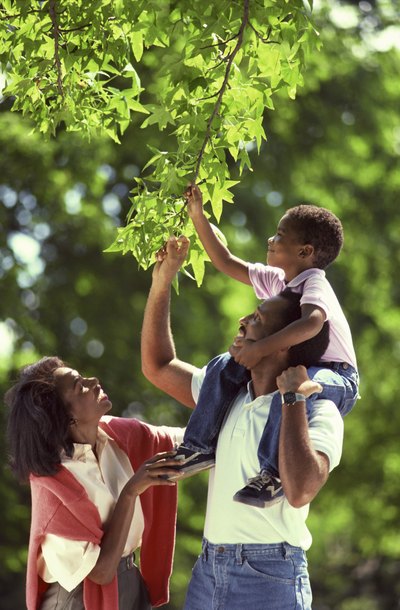 When you file your dissolution petition with the court, the divorce process begins. If you have children, you and your spouse must have a custody and parenting time arrangement in place before the court can finalize the divorce and issue a divorce decree. Oregon recognizes both legal and physical custody, and may award legal or physical custody to one or both parents. Legal custody represents a parent's right to make decisions concerning a child's welfare, such as education, health care and religion. Physical custody represents where a child lives. If the court awards one parent primary physical custody, the court usually awards the other parent parenting time, known as visitation, in other states. In Oregon, divorcing spouses are encouraged to come up with their own custody and parenting time agreements, placing the terms into a parenting plan that they later submit to the court.

If you and your spouse are unable to resolve custody and parenting time issues on your own, the court will order you both to attend mediation, unless there is a history of domestic violence or child abuse. Divorcing spouses also have the option of requesting mediation on their own. Mediation is a form of alternative dispute resolution in which a trained, neutral third party helps you and your spouse negotiate the terms of custody and parenting time. She will inform you of the risks of going to trial and having the court decide these matters, and will advise you of the strengths and weaknesses of your respective positions. Typically, the mediator is an experienced family law attorney or retired family law judge. Attorneys for both sides may also attend these sessions. If mediation is successful, the mediator will submit to the court the parenting plan that you and your spouse created. If the court finds the terms fair and in the best interests of your child, it will approve your agreement. If mediation is unsuccessful, however, and contested issues remain, the matter will proceed to trial.

Oregon is an equitable distribution state. This means the court will divide marital property between divorcing spouses in a manner that is fair and just, although not necessarily equal. In general, marital property is anything you and your spouse acquired during the marriage, which Oregon law considers jointly owned by you and your spouse. Certain exceptions exist. Any property you acquired before the marriage or by inheritance or gift the court considers your separate property. Although courts usually do not divide separate property in divorce, Oregon law permits courts to do so if it is necessary to achieve a fair result under the circumstances. As with custody and parenting time, the court encourages you and your spouse to come up with your own property settlement agreement. By doing so, you are free to divide your property in any manner you choose, or not divide it at all.

Divorce is never easy, but we can help. Learn More
Uncontested Divorce in Illinois

Can a Wisconsin Judge Order Marriage Counseling Before Granting a Divorce?

The procedures for divorce in Wisconsin are similar to those of other states. One of the spouses must file an initial petition; the couple must also draw up a marital settlement agreement and attend a public hearing. State law allows only for "irretrievable breakdown" of the marriage as valid grounds for divorce. In the interest of avoiding divorce, if possible, Wisconsin also permits the presiding judge to recommend or order marriage counseling.

What Happens at Divorce Mediation in California?

If you don't want a judge deciding the outstanding issues between you and your spouse, the solution is to come to an agreement yourselves. Divorce mediation can help. When the two of you see things differently, mediation offers the opportunity to talk out the issues with a neutral third party familiar with the law and with luck, resolve them in a way that works for both of you. Mediation is not obligatory in a California divorce unless the case involves a dispute over child custody.

How Long Does Divorce Take in Michigan if You Have No Children?

Establishing custody and support for a minor child can be a time-consuming aspect of the divorce process. These matters often become highly contested and Michigan law imposes a longer waiting period for divorces if you have children. Otherwise, the time it takes to finalize any divorce generally comes down to how quickly you and your spouse can agree on all issues and reach a settlement.

Mediation for Divorce in Washington State

When Washington spouses divorce, they can agree on the terms of their divorce, and the court can adopt that agreement ...

Like most states, New Jersey wants you to reach a divorce settlement on your own, without undue court involvement. The ...