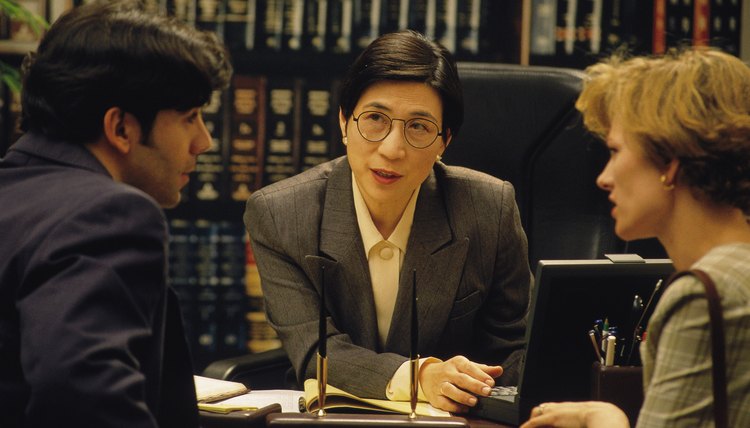 The general purpose of maintenance is to support an ex-spouse while she obtains the skills and resources to provide for herself. A maintenance order in Illinois may be imposed when a couple divorces, and is subject to several factors and the judge’s discretion. Three of the most important criteria considered are the length of the marriage, existence of children and whether one spouse has limited work experience. Although the duration of maintenance depends on the circumstances of each case, permanent maintenance is rare. How much a spouse pays depends on his salary and the needs of the other spouse. Maintenance is not influenced by either spouse’s marital misconduct.

Petition to Show Cause

To sue an ex-spouse for not paying maintenance, the recipient must file a Petition to Show Cause with the court that issued the original maintenance order. The petition must explain how the paying ex-spouse did not comply with the court’s maintenance order. The suing ex-spouse will also have to disclose her personal finances to the court and notify her ex of the hearing. If the ex-spouse being sued does not attend the hearing, the court will try to get him to appear or may find him in contempt. If the ex-spouse is placed in contempt, he may have an order of body attachment placed on him which will lead to his arrest. If an ex-spouse can prove he either did not violate the order, or purposely violate the order, the court will generally not penalize him. An ex-spouse may not purposely violate an order if his circumstances, such as losing his job, made it impossible for him to make payments.

If a court finds that a former spouse did not comply with a maintenance order and lacks a good reason why, he will be found in contempt of court. Based on the severity of the issue, the judge can levy a fine or jail time on the ex-spouse. The penalty may also include paying for the other side’s court costs, interest on what is owed, and extending the duration of how long the ex-spouse has to pay maintenance. The judge may also decide to deduct future spousal maintenance directly from the payer’s wages, bank accounts and tax refunds, to be paid directly to the former spouse.

Divorce is never easy, but we can help. Learn More
Not Obeying a Court Order in a Divorce Decree in New York State

Alimony, also called spousal support, may be awarded during a divorce proceeding in Kansas. Alimony is paid by one spouse to the other when the receiving spouse has neither a sufficient income nor sufficient assets to be self-supporting when the marriage ends. The Kansas Revised Statutes set forth the types of alimony available, duration of payments and when alimony can be modified or terminated.

Divorce in Missouri If Your Spouse Has Mental Problems

Alimony, or spousal support, is money paid by a party to a former spouse. Wyoming, like all states, has a specific set ...

When you file for divorce in Kentucky, you can also ask the court for maintenance, known as spousal support or alimony ...

Copyright law provides the copyright holder with a legal monopoly on his original works of authorship. Such works ...