Why Do People Contest Wills?

According to the Legal Awareness Series, Inc., people contest wills more often than any other document, despite the difficulty of winning a will contest. If the terms of a will are completely at odds with what you think the deceased would have wanted, it might be worthwhile to challenge it. Anyone who contests a will has to have legal standing, meaning that they are a beneficiary listed in the will, or should have been. The time limits and court rules for doing this vary from state to state, but as a general rule, you might not have a lot of time. 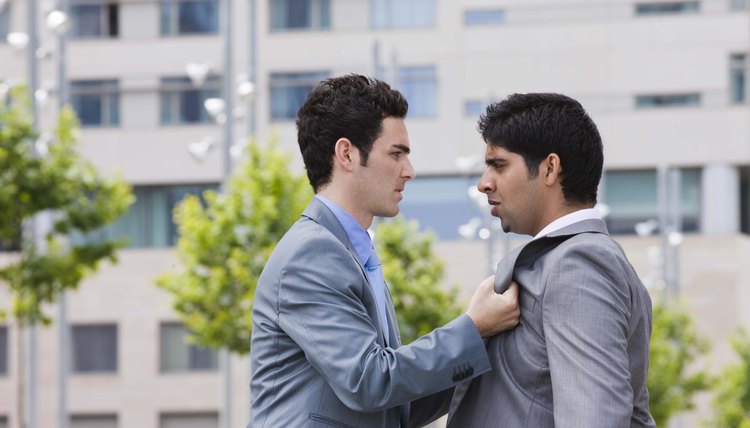 Heirs may challenge a will if the deceased was not mentally sharp at the time she made her will. In most states, “sound mind” means that the testator understood the nature of the document, the worth of her assets and her relationship with whoever she was bequeathing them to. This is one of the most difficult reasons to prove in court, however, because the mental capacity required to make a will is much less than most other documents, and the testator need only be lucid during the period of time she is making the will, not necessarily the day before or after, notes TheCommonLawyer.com.

Duress by a Beneficiary

Sometimes the elderly can find themselves at the mercy of an adult child, especially if that child is also their caretaker. Wills are often contested when beneficiaries or heirs have reason to believe that one of them coerced or threatened the testator into writing his will in a disproportionate way. Duress can happen through threats of actual violence, or more subtle manipulation such as promises to do something for the testator if he changes the will.

A will is open to a legal challenge if it does not meet all of the requirements of the state where it was made. Though criteria vary from state to state, a will must generally be signed, dated and witnessed by the required number of people who might or might not also be beneficiaries. Generally, however, the probate court declares the will invalid and bars it from being probated if it does not meet requirements.

An heir who has been written out of a will might destroy it and attempt to enter an older one -- one that still included him -- into probate, causing others heirs to contest the matter. If the will is a fake and the testator’s signature is a forgery, this is also grounds to contest. Both of these actions are criminal offenses in most states.

The easiest will contest to win is one where a more recent will can be produced, invalidating an older one. Generally, in instances where there is more than one will made by the decedent, the one dated closest to the date of death is the one that is accepted.

Protect your loved ones. Start My Estate Plan
Can Wills Be Contested?

An objection that a decedent was suffering from Alzheimer’s disease and was mentally incompetent when she made her will is one of the most difficult contests to win. One issue that arises is that the disease is progressive, so simply proving a diagnosis is not enough. You will have to determine your loved one’s mental capacity at the time she signed and dated the will, and you have to prove that she had no cognitive understanding of what she was doing at that moment in time.

In Kansas, only an heir or beneficiary may contest a will. An heir is a relative who would be entitled to an inheritance if a will does not exist or is rendered invalid, such as a surviving spouse or children of the deceased. A beneficiary is someone designated in a will to receive property or funds. The probate court will allow a hearing challenging a will and evaluate testimony from at least two witnesses, either in person, by affidavit or by deposition.

Can You Contest a Will When the Testator Was Medicated?

Testamentary capacity is perhaps one of the most-cited reasons for challenging the validity of a will during probate, ...

How to Contest a Will if a Person Is Incompetent

Sometimes heirs and beneficiaries react with shock when they learn the contents of a loved one’s will. If dear Aunt ...

How to Contest a Will Proving Incompetence

The laws in most states presume that anyone who writes a will is mentally competent to do so -- unless or until someone ...