Of the many uncertainties involved with divorce, child support can be front and center. It will have a significant effect on your post-separation budget, so you'll probably want to know as soon as possible how much your obligation will be. In some states, it can be difficult to calculate what percentage of your income will go toward support, at least without professional help. If you live in Arkansas, however, you can take heart because child support is relatively simple to calculate. 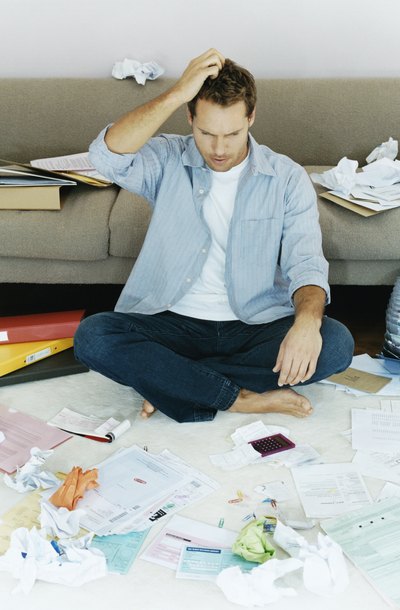 Arkansas is one of only nine states, plus the District of Columbia, that uses a formula known as the percentage of obligor's income model for calculating child support. Many states decline to use this formula because it does not take the custodial parent's income into consideration. However, it allows you to determine what your obligation will be with minimal fuss. The state publishes charts that show how much of your earnings must go toward support, taking into consideration how often you're paid and how many children you have.

The Arkansas child support charts are incorporated into the state's Administrative Order No. 10. The state offers four different charts based on how often you are paid, such as weekly or monthly. If you earn $900 a week and you have one child, $141 or a little more than 15 percent of your income goes to child support. If you have three children, this increases to almost 26 percent, or $232 a week. The charts break income up into increments, so if you actually earn $905 a week, you would still use the $900 numbers, not those for $910. These figures provide a "rebuttable presumption" for what your support should be. In legal terms, this means that the court will order them barring extenuating circumstances that render them unfair or inaccurate. For example, they might be unrealistic or unfair if one of your children has special needs, or if you're also paying daycare costs. A judge can deviate from the charts for good cause.

Understanding What Counts as Income

The next question becomes exactly what income the court will consider when calculating child support. Arkansas statutes allow you to deduct certain must-pay expenses from your gross pay. These include withholdings for state and federal income taxes, railroad retirement, Social Security and Medicare. If you're already paying support for children from another marriage or relationship, you can deduct these amounts, as well as the cost of any health insurance premiums you pay for your children from that marriage. The percentage for child support is based on what is left after you make these allowable deductions, but you must include overtime pay and bonuses. If you should remarry, your soon-to-be ex can ask for a recalculation to include your future spouse's income. However, if your ex remarries or cohabits with someone, this won’t affect your support obligation.

The percentage of your income that goes toward child support is intended to cover things like shelter, food and clothing. If your child attends private school, an Arkansas court can obligate you to pay a portion of the tuition in addition to child support, but this is left to the discretion of the judge. The court can't make you pay college costs unless you and your spouse negotiate a marital settlement and you agree to do so -- and then the court can enforce your agreement. The court will also add the costs of health insurance to your child support obligation, assuming either you or your spouse have access to coverage for your children at reasonable cost.

Heading into a divorce, one of the hardest things to deal with is the uncertainty. You may have heard horror stories from friends about how they're paying much more in child support than they can reasonably afford. If you conferred with an attorney, he might have left your head spinning with explanations of how support is technically calculated. If you live in Texas, however, you'll catch a bit of a break, at least when it comes to understanding the process. This is one of a few states that still calculates child support according to percentage of income guidelines.

Does the Number of Children Affect Child Support?

Child support is intended to provide for your children's basic needs – shelter, food and clothing – when you and your spouse divorce. Almost all states use one of two models, or formulas, to arrive at child support obligations. Your obligation typically increases with the number of children you have.

How Does Child Support Work in a Shared Custody Arrangement in Michigan?

The Michigan divorce court will divide child custody between you and your spouse and order a child support arrangement based in part on the child custody schedule. If you and your spouse can agree on a custody split, the court can approve your agreement. Child support is also based on your income, so when your income changes dramatically or your custody schedule changes, your support amount may need adjustment.

When it comes to child support, there's an easy way to calculate it and a difficult way. Three methods exist and most ...

What Is the Minimum Child Support in Texas?

Child support depends on a number of factors – your income, how many children you have, and your state's method of ...