If your children reside in a different state and you want to initiate or enforce your visitation rights, the first thing you need to know is where to file your case. For initial petitions, this will typically depend on where the parents and children reside as well as how long the children have lived in or out of a particular state. For enforcement petitions, this typically depends on what state court issued the initial order. Once you know what court is handling your case, you must then file a petition requesting visitation or enforcement of an already existing visitation order. You also have the option of reaching an agreement with your ex so that court intervention is unnecessary. 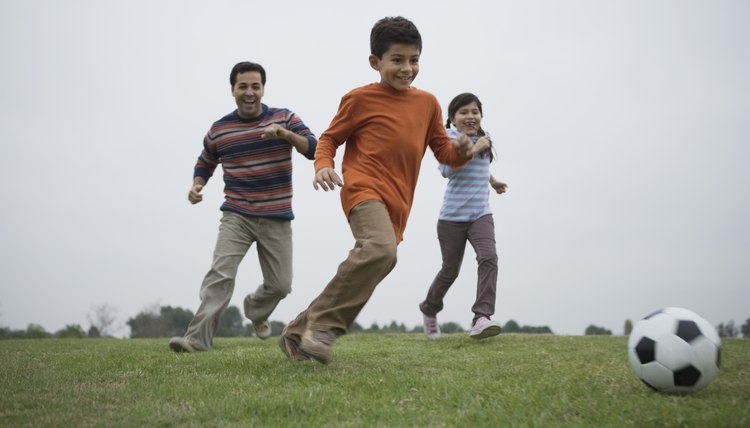 If no court order exists with respect to custody and visitation, known as parenting time in some states, you have several options. If you and your ex get along well, the two of you can write your own agreement with respect to the children. Afterward, you would submit the signed agreement to the proper court, often in the state where either you or your ex resides. Upon approval, the court would convert the agreement into a consent order. If either parent later violates this order, it would be the same as violating a court order and a judge could force the violating parent to honor the agreement.

If mediation is unsuccessful, a court will make its own determination as to custody and visitation. Usually, both parents will appear before the judge and be permitted to testify, present evidence and call witnesses. The court that handles the initial custody determination will be the court where you or your ex first filed the petition. This can be in the state where either of you and the children reside, as long as they have lived in the state for at least six months. The court that issues the initial custody order typically retains jurisdiction over any custody matters that may arise in the future, provided that either parent or children still live in that state. Therefore, you should try to file your initial paperwork in the state that is the most convenient for you.

In making an initial custody determination, a judge will consider many factors. This includes the ability of the parents to get along, parents' work schedules, children's school involvement and extracurricular activities, and past history of visitation. The judge will also take into account any history of domestic violence or violations of previous court orders. If a child is older, the judge may interview him to determine his wishes as well. Since no two cases are identical, the judge will gather as much information as possible to make a decision. You will be permitted to introduce whatever evidence you think helps prove you are an involved, available parent. This may include your work schedule, proof of your attendance at your children's school functions and doctor's appointments, or witnesses who can testify to your parenting skills.

Once you have an initial custody order in place, all future enforcement actions or modification requests must be brought in the court that issued the initial order as long as either parent or child still lives in that state. For example, assume the initial order was from Maryland and then you moved to Florida, but your ex and children remained in Maryland. If your ex violates the order, you would need to file a motion in the appropriate Maryland court to enforce your rights. Similarly, if you want to modify or change the initial order, you would need to travel to Maryland to do this as well.

If your ex violates the custody order, you must file a motion for enforcement. The courthouse that issued the initial order can provide you with the appropriate paperwork to do so. This is different from the paperwork necessary to establish an initial order. Be certain to check with the courthouse staff or a legal services attorney to make sure you use the correct forms. A petition to enforce or modify an existing court order must include a copy of the initial order. In the petition, you will tell your side of the story and explain why you want to change the order or how your ex violated it. You must then serve the motion on your ex as required by the court, often by certified mail or personal service. The court will set a hearing date, at which time you must travel to that state and attend the hearing, and a judge will make a decision on your motion.

Ready to start your LLC? Start an LLC Online Now
How to Get an Emergency Court Order for Visitation Rights for a Father

How to Apply for Visitation Rights

Visitation refers to the right of a noncustodial parent to spend time with her child. The exact procedures for applying for visitation vary between states, but typically a parent will need to ask the court to grant visitation rights. If parents can reach an agreement regarding visitation on their own, in most cases, the court will have only minimal involvement in the case. In contested visitation matters, the court may hold a trial to determine how visitation rights would affect the child.

The state of Texas offers two types of petitions for use in divorce proceedings -- one for use if you have children and the other for use if you do not. But the lines between the two are not quite that clearly drawn. To further complicate matters, Texas offers several additional court filing and process of service options when you seek a divorce in the state.

When parents divorce, the divorce agreement will explain each parent's rights and responsibilities with respect to the ...

Child custody lawsuits can be contentious and emotionally charged. Before filing for child custody or visitation in ...

While most states use the "best interests of the child" standard in making custody determinations, Wisconsin has an ...