Probate Court: Dying Without a Will

The estate of someone who has died must generally pass through the probate process whether or not he left a will. This is because probate transfers the titles of assets from a deceased person to a living one. The only exception is if the deceased had no assets that require the transfer of title. Otherwise, when you die without a will, the laws of the state where you lived, called intestacy laws, determine who to transfer your property to, and no two states follow an identical code. 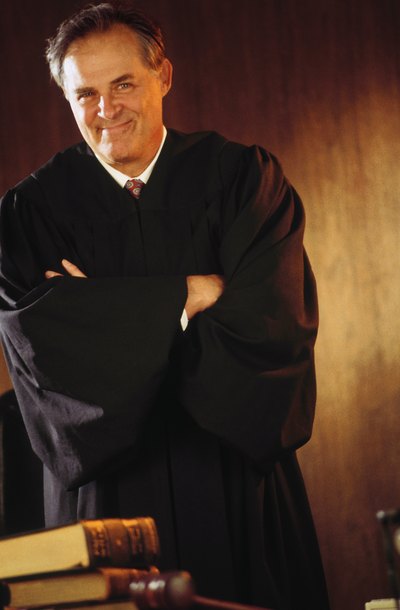 Each state bases intestacy laws on what it presumes you would have done if you had made a will, which is usually provide for your most immediate family members. In general, if you have a spouse but no children, your spouse will get everything. If you have children but no spouse, your children will usually divide your entire estate between them. If you leave no spouse and no children behind, your parents are generally next in line, followed by your siblings and their children, then your grandparents and their descendants. In most states, if you have no such relatives, your estate passes to the state.

Some assets are safe from the probate process whether or not you have a will. These include any asset with a named beneficiary, such as life insurance policies or retirement accounts. Also, if you own real estate without another individual and the deed is held with joint rights of survivorship, your half of the property will pass directly to that person when you die.

Exceptions to Having a Will

Your state’s intestacy laws may sometimes get involved even if you leave a will. For instance, if you or your lawyer make some mistake in the preparation of your will and your state declares it invalid, your property would be disposed of according to intestacy laws. Also, if you try to disinherit a child by simply not mentioning her in your will, your state laws might override this and consider that you simply forgot to mention her, especially if she was born after you wrote the will. It is safest to disinherit someone by specifically stating in your will that this is your intent. However, most states will not allow you to disinherit a spouse.

Protect your loved ones. Start My Estate Plan
Spouse's Rights to Property Owned by the Other Spouse Prior to the Marriage

FAQs on a Last Will & Testament

A will is a document that allows you to decide who gets your property when you pass away, who is going to make sure that your beneficiaries get your property and who is going to raise your minor children in your absence, if you have any. If you die without a will, you allow the state where you resided to determine who gets everything you’ve worked for.

Dying Without a Will in the State of Utah

Wills provide you with the greatest control over distribution of your property after death. Under Utah law, if no valid will is present, your estate will pass according to a set of inflexible rules, placing priority on those closely related to you. If no surviving relatives can be located, your property becomes the property of the state.

In Texas What Will Happen to My House if I Die Without a Will?

According to the law firm of Ford and Mathiason, under no circumstance will your home go to the state or to a stranger if you die intestate, or without a will. Texas statutes lay out a defined hierarchy for the inheritance of real property. It is extremely involved, however, so it may be a good idea to either make a will or consult with an attorney to make sure you correctly understand the order of succession for inheritance.

What Must a Surviving Spouse Inherit?

The amount a surviving spouse must inherit depends on a number of factors, including whether the married couple lived ...

Can a Wife Be Left Out of a Will in Texas Probate?

Texas law allows you to completely cut your spouse out of your will, but only with regard to those assets you control, ...

If you make a will, you can leave property to your blood relatives -- your children, grandchildren, parents, siblings ...

How Does Real Estate Pass Through Intestacy?

When someone dies but fails to leave a will, laws of intestate succession for the state where the real estate is ...