Probate Laws on the Next of Kin

When someone dies without a will, state laws -- the so-called "laws of intestate succession" -- determine who inherits the estate. If the deceased left a surviving spouse or children, these people are considered "next of kin" and generally inherit the entire estate. Although state laws vary, there is a common descent and distribution scheme that applies to determine who is next of kin -- that is, next in line to inherit -- if there is no surviving spouse or children. 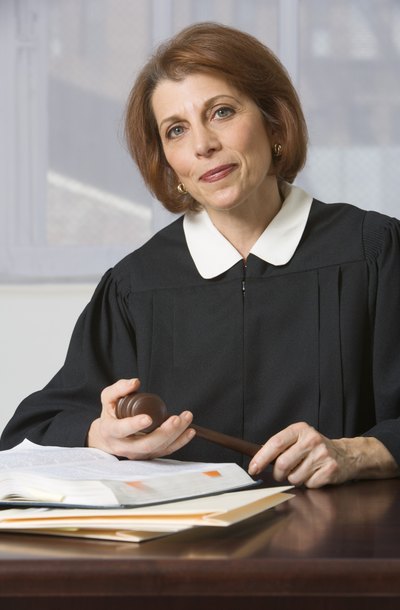 When a decedent does not leave a will, a probate judge appoints a personal representative, sometimes called an administrator, to locate a decedent's relatives and distribute estate assets to them, after all the estate's debts are paid. Probate judges generally appoint a decedent's next of kin to act as personal representative if she is willing and available to serve -- in other words, they often appoint the person who is also most likely to inherit from the estate.

Other Heirs and Next of Kin

Laws about who inherits an estate if there is no surviving spouse or children vary among states, and it's important for you to learn the laws of your state. Typically, the decedent's grandchildren or parents are next to inherit. If there are no grandchildren or surviving parents, the descendants of the parents are typically next to inherit, such as the decedent's living brothers and sisters. If no siblings survive, nieces and nephews are typically next to inherit. Thereafter, more distant relatives, such as aunts and uncles, are next to inherit, followed by cousins based on their proximity in the blood line. If a decedent leaves no surviving relatives, or if she is survived by relatives so distant that state law prevents them from inheriting, her estate is conveyed to the state treasury by a process called escheat.

Next of Kin Disputes

When a decedent leaves a will, a decedent's relatives have "standing" -- meaning the legal right -- to contest a will if they would have inherited from the estate if the deceased had died intestate. For example, if the decedent left a surviving wife and child, the wife or child would have standing to contest the will, because they would inherit if the decedent had died without a will. His favorite aunt, on the other hand, would not have standing to contest such a will. If the decedent's relatives successfully contest a will, they generally receive the same portion of the estate they would have received if the deceased had died intestate. Grounds for will contests include such things as fraud, duress, undue influence and mistake.

Protect your loved ones. Start My Estate Plan
The Rules of Inheritance

What Is a Collateral Heir?

How to Determine Who Is an Heir

Although the terms "heir" and "beneficiary" are often used as though they mean the same thing, they do not. Beneficiaries are parties who inherit according to a will, while heirs inherit based on the rules of descent and distribution. Thus, you cannot determine heirs by looking to a last will and testament because parties named in a will are considered beneficiaries.

Inheritance Laws & the Order of Precedence

When a person dies without leaving a will, he is said to have died intestate. All states have laws that kick in under these circumstances, and they vary by state. Intestacy laws set out the order of who will inherit the estate of a person who dies without a valid will. The primary residence of the deceased usually determines which state laws apply.

The hierarchy of heirs is determined by laws that govern inheritance in each state. Some states have adopted the ...

No state has laws that grant favor to a first-born child in an inheritance situation. Although this tradition may have ...

The term "heir apparent" is sometimes used to signify the person chosen to succeed the boss in a business, but this ...