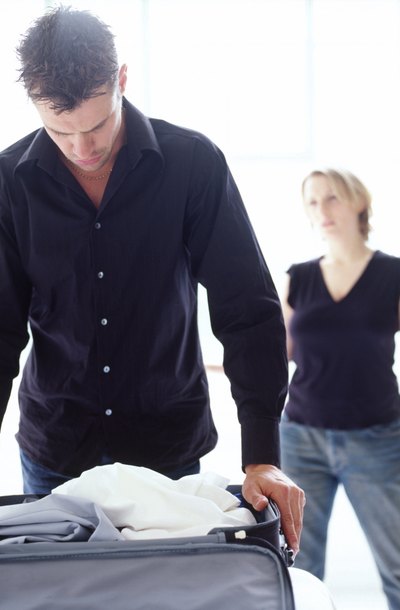 What constitutes adultery under South Carolina law is open to debate. State law says that the two people involved in the adulterous act must engage in carnal intercourse, but state courts have interpreted this to mean sleeping together or frequent meetings that are intimate in nature. The South Carolina Court of Appeals has ruled that intercourse is not necessary and sexual intimacy is enough, in some cases. Homosexual acts can also be the basis for a claim of adultery. South Carolina family courts use a two-pronged test to rule on allegations of adultery. You must show that your spouse was inclined to be unfaithful and that he had the opportunity to do so.

The first element you must prove to establish adultery in a divorce case is inclination, or motive. You must prove that your spouse was inclined to have sex with her adulterous partner by providing evidence of sexual desire between them. In some cases, explicit love letters, emails, texts or Internet posts can provide all the evidence you need. Telephone records and credit card statements also might provide proof. Eye witness accounts of your wife and her lover kissing or holding hands usually will satisfy the first part of the test.

The second element in the two-pronged test is opportunity. To provide evidence that your husband had the opportunity to commit adultery, you must show that he was alone with his lover in a private place for a sufficient period of time to consummate their affair. If you can prove your husband spent time with another woman alone at a friend’s house, for example, you probably have shown opportunity. However, the court will not accept vague accusations of opportunity; the proof must be “sufficiently definite to establish the place and time.” In other words, you need to be able to prove that they were alone for a definite amount of time on a certain date. If a private investigator sees your husband park his car at his girlfriend’s house at 9 a.m. and the car remains parked there until 3 a.m., you usually have proof of opportunity.

Because adultery is a private act by its very nature, South Carolina courts allow circumstantial evidence to prove adultery. You do not have to provide eye witness testimony to the sexual encounter. Many times friends will provide written statements or testify in court about the details of your wife’s affair. Photographs and records of explicit communications between her and her lover can also be presented to the judge. Most attorneys will advise clients not to follow their spouses themselves, however. Any type of amateur surveillance could lead to trouble because of South Carolina privacy laws. In some cases, you might consider hiring a licensed and bonded private investigator to help you prove adultery.

Divorce is never easy, but we can help. Learn More
New York State Divorce Laws When a Spouse Has an Affair

Alienation-of-affection laws reflect the outdated concept that if a spouse strays, a third party must have lured her into it and a court can therefore hold that person accountable. Most states have abolished alienation-of-affection laws. Only South Dakota, New Mexico, Hawaii, Mississippi, Utah, North Carolina, New Hampshire and Illinois allowed such lawsuits as of the 2011.

What Constitutes Mental Cruelty in a Divorce?

In 2010, New York became the 50th state to adopt a no-fault divorce law, which generally eliminates the need to use fault grounds such as mental cruelty, adultery or abandonment in order to get a divorce. But some states, such as Illinois, make it a little more difficult to meet the residency requirement for a divorce. As a result, rather than wait until residency is established, some spouses file for a divorce on grounds of mental cruelty, which has shorter residency requirements. Or they file on grounds of both irreconcilable differences, the no-fault standard, and mental cruelty.

New York has recognized no-fault grounds for divorce since 2010, but this doesn’t prevent a spouse from filing on fault grounds instead. A spouse can file on grounds that her partner committed adultery, but the state doesn’t make this particularly easy. As a holdover from the days when spouses had to prove misconduct to receive a divorce, New York’s laws require somewhat stringent proof of adultery, whether you allege it in a complaint or in a countersuit.

It may seem blatantly unfair that your spouse could end your marriage, either by committing adultery or physical or ...

As a general rule, if someone has an affair with a married individual, she should brace herself for an appearance in ...