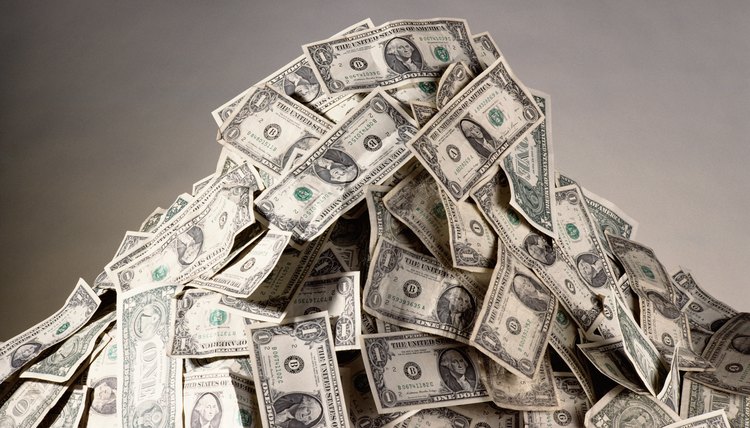 Since there's a good chance you weren't anticipating a divorce when you received your inheritance, you may have to engage in forensic accounting to show your trial judge that you inherited a given pool of funds. This practice, called "tracing," requires you to clearly follow the line from your inheritance to the account or asset where you contend it rests presently. Although state laws on tracing inheritances vary, you may have to prove the separate identity of the destination account or asset by the greater weight of the evidence.

The extent to which you commingled, meaning mixed, your inheritance with marital property may limit or even eliminate your ability to trace money and extract it from the marital estate. Generally speaking, marital property consists of all property received during a marriage but sometimes, the definition excludes property received by either spouse via gift or inheritance. Depositing inherited funds in an account that also includes marital funds -- proceeds from paychecks or the sale of marital property -- could make it difficult for you to prove how much money remaining in the account is owned jointly and how much is separate. Since the burden of proof rests on you, any confusion could be resolved in favor of the other side.

Transmutation occurs when a spouse does something to change the separate or marital nature of funds or an item of property. In North Carolina, for example, using inherited funds to purchase jointly titled real property usually results in that property being classified as marital, no matter how clearly a party can trace the purchase back to an inheritance. Using an inheritance to buy gifts for one's spouse or pay down marital debts can also result in transmutation. Where transmutation exists, tracing generally ends and the property loses its separate nature.

Divorce is never easy, but we can help. Learn More
Financial Gifts in a Divorce

What Assets Are Protected From Divorce Settlements?

Divorce courts in all states recognize that some property is solely yours, immune from distribution in a divorce. If you must go to trial where a judge will divide marital property for you, the law protects these assets. If you and your spouse negotiate a settlement, you can usually do anything you like with your property and the court will approve your agreement. If you want to follow the letter of the law when you create your settlement agreement, several rules determine what constitutes separate, protected property.

What Happens When Someone Dies & Leaves You With a House in the Middle of a Divorce?

When you file for divorce, you and your spouse can reach an agreement on how you want to divide your assets, or the court might determine the division of assets for you. However, some assets, like a house you inherit during your divorce proceedings, are not typically subject to division in a divorce proceeding.

Sharing of finances can be an important component to marriage. Using joint bank accounts can provide greater ...

Inheritance is typically viewed as the separate property of the spouse who received it. However, the nature of separate ...

How to Trace a Commingled Inheritance for a Divorce

The longer you’re married, the more likely you are to commingle or mix your legally separate property -- such as an ...