Is a Will a Public Document?

A will is a public document from the moment it gets filed in a probate court. All wills in the United States pass through probate to become effective. The executor charged with administering the estate files the will with the probate court, who then supervises the process of collecting assets, paying bills and distributing property. Probate documents, like most court documents, are generally open to public viewing. 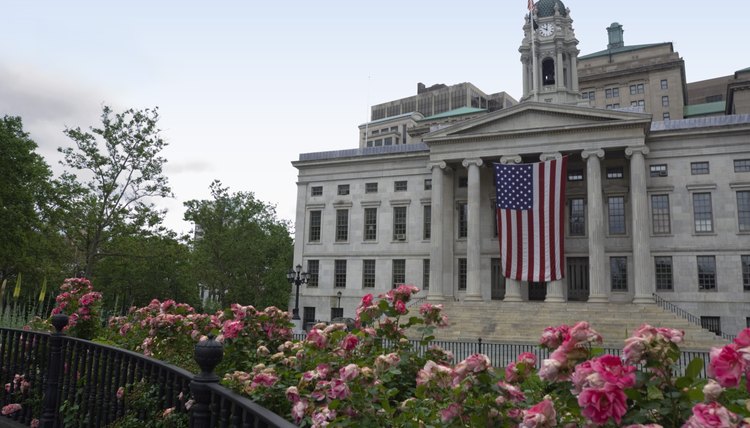 During the Testator's Lifetime

During the lifetime of the testator, a will is as private as she wishes it to be. A testator shows the last testament to whomever she pleases, but no person has a legal right to access. Many testators update their wills as their life circumstances change -- after marriage or divorce, for example -- revoking earlier wills without making them public. Even those persons witnessing a will have no right to read its provisions.

Will provisions, no matter how specifically drawn, require court action to come into effect. After a testator's death, the executor proves the will by establishing to the probate court's satisfaction -- usually though witness testimony -- that the signature is the testator's and that he intended the document to be his will. After that, the executor administers the estate through asset distribution. Members of the public can view the will at the courthouse during the probate process.

Court files are accessible to the public during business hours. Generally, the probate court in the county in which the testator last resided has probate jurisdiction. Go to the court with the full name and date of death of the deceased. Provide this information to the court clerk, who will locate the file and give it to you for review. Mark the will and any other important documents, and ask for copies. There is usually a small fee for this service.

Probate closes when the court approves the distribution of assets. Courts retain old probate files, however, and they remain public information. Relatively recent probate files remain in the courthouse, and you access them in the same manner as open files. Courts often move older files to archives, which delays viewing. In some jurisdictions, you first have to order archived files and review them a few days later. Some jurisdictions keep the oldest wills in large folders in alphabetical or chronological order.

Protect your loved ones. Start My Estate Plan
Does Probate Make a Will Public?

How to Find Deceased Family Wills

A will is a written document that identifies a person's property and heirs, and can therefore provide useful information if, for example, you want to trace your ancestry or investigate a particular financial transaction. Effective after death, a will passes through a probate court where a judge oversees asset distribution according to the will's instructions. Therefore, when searching for the will of a deceased family member, start in the probate court that supervised its administration.

Is a Will a Public Record?

A will is a written document in which a person, termed a testator, describes how she wishes her estate to pass on her death. A last will and testament begins as a private document -- during the testator's life, she controls access to it -- but it finishes as a public one. A will in probate is open to public inspection.

A last will and testament is the written description of how the maker of the will -- called the testator -- intends to distribute her property at her death. Heirs receive a copy of the will at the testator's death, but family members and the curious public view it in the courthouse.

Can Anyone See Someone's Last Will & Testament?

While a testator remains alive, her will is a private document. She shows it to whom she wishes, and others have no ...

How to Read a Last Will & Testament

The grim-faced lawyer gathers interested parties in a tense circle, then opens the sealed envelope containing the will ...

Are Wills Open to the Public?

Wills are open to the public after they go into effect, not before. A will is the written description of how the person ...

State statutes protect a will from the prying eyes of the public until a testator dies. During her lifetime, the ...