Getting a quick divorce in Virginia depends on your capacity for patience and your definition of quick – there's no such thing, especially without your spouse's cooperation and if you don't want to cast blame. Although there are things you can do to speed up the process a little after you file, waiting to file could take a long time if your spouse has done nothing wrong to end the marriage. 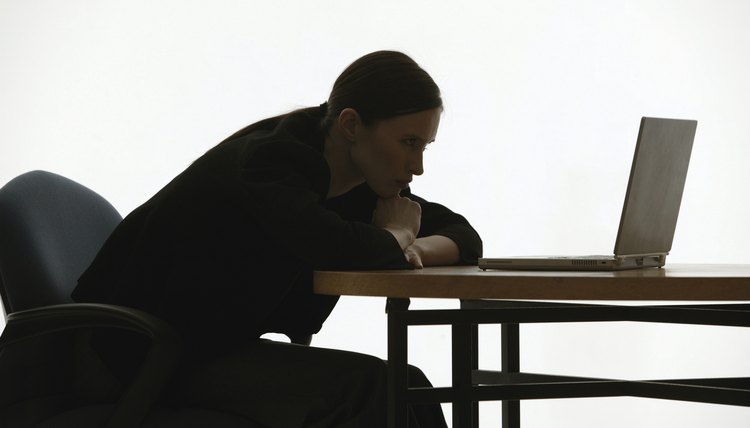 Virginia doesn't give you a whole lot to choose from when it comes to grounds for divorce. There are only three fault grounds and if your spouse isn't guilty of one of them, you'll have no choice but to use the no-fault grounds instead. This requires a year's separation and you can't file until the year is over. One exception exists if you have no children under the age of 18. In this case, you can file on no-fault grounds after a six-month separation, but you must reach a settlement agreement with your spouse – otherwise, you must wait the full year. There's no waiting period if you file on grounds of adultery, sodomy or buggery, but if your spouse isn't guilty of any of these acts, your only other options are cruelty, which includes desertion or conviction of a felony. Cruelty and desertion require that you wait a full year to file after your spouse commits the act. If you want to use the conviction grounds, your spouse must be sentenced to prison for a year or more.

Virginia doesn't make it particularly easy to file on fault grounds. Although there's no waiting period if you file on grounds of adultery, you have an onerous burden of proof to establish that your spouse did indeed cheat. The same is true if you file on grounds of buggery or sodomy – the former means a sexual act against nature and the latter is sexual contact other than intercourse. If you file because your spouse has been convicted of a felony, but you cohabit with him after he's sentenced, you've lost your right to use this ground. Your spouse may fight fault grounds because Virginia allows marital misconduct to affect property division and alimony issues. If he wants to contest your adultery grounds, he can raise certain defenses for his behavior.

After you've complied with the waiting period to file for divorce in Virginia, you must serve your spouse with a copy of your petition; he has 21 days to answer it by filing responsive pleadings with the court. Virginia law allows him to file a motion and ask for an extension of the time to answer, so his response could conceivably take longer, as much as an additional 21 days. If you and your spouse are amicable, however, and particularly if you've reached a settlement of all issues between you, you can give him a copy of your petition yourself and he can sign an acknowledgment of service. This form also acts as a waiver of notice of future proceedings, so you don't have to wait the 21 days before you can do anything else to move your divorce proceedings along. He does not have to file an answer if he signs such a waiver and you have an agreement.

If you and your spouse can't reach an agreement as to the terms of your divorce, such as property and debt division, custody and support, your divorce is contested and you're headed for trial. If you filed on no-fault grounds, you've already waited a year, so going through the logistics of a trial can extend the proceedings much longer. If you can submit a signed property settlement agreement to the court immediately after you file, however, the judge will sign off on it and incorporate the terms into a decree, thus shortening the process considerably. You'll still have to appear in court for a final hearing and how long this takes depends on the court's schedule. But you'll avoid the cumbersome, time-consuming challenge of a trial.

Divorce is never easy, but we can help. Learn More
Maryland's Laws on the Terms for an Immediate Divorce

How Soon Can I Get a Divorce After a Spouse is Served in Texas?

As in most states, how quickly you can get a Texas divorce depends on how complicated your divorce is, not how much time passes after you serve your spouse with the necessary divorce paperwork. Texas imposes a waiting period, but if you and your spouse have no property or children, or if you agree on every aspect of how you're going to end your marriage, you could be divorced a day after the waiting period ends. If you can't reach an agreement, your divorce will take much longer.

North Carolina is one of the easiest states in which to get a divorce, but at the same time, some of its statutes can complicate the divorce process. Unlike most states, you and your spouse don't have to resolve all issues to end your marriage, but you must live separate and apart from each other for at least a year to get a traditional divorce. If your spouse is guilty of marital misconduct such as adultery, however, North Carolina offers an alternative to the one-year waiting period.

In New York, just as in other states, the time required to get a divorce depends much more on whether you and your ...

For all practical purposes, Indiana is a no-fault state. Its statutes don't include the typical fault grounds of ...