Reasons an Annulment Will Be Approved

Annulment isn't a quick and easy fix to a bad marriage, although it's sometimes rumored to be. Much like fault-based divorces, you must prove certain grounds to the court before it will grant your request. These are legally acceptable reasons why your marriage can't or shouldn't continue. With all states now recognizing no-fault divorces -- where you don't have to prove wrongdoing on the part of your spouse -- getting the court to grant you an annulment is usually the more difficult process. 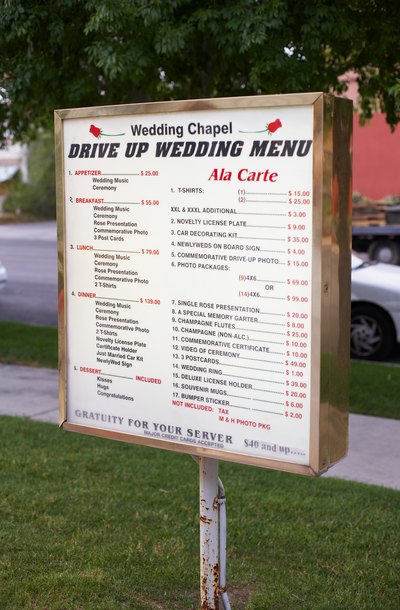 Most states forbid marriages between close relatives, sometimes referred to as consanguinity. North Carolina allows first cousins to marry. New York and Texas have specific lists of family members who cannot marry, including nieces, nephews, aunts and uncles. Generally, if you and your spouse share a blood relationship, the laws in many states consider your marriage void, meaning it wasn't valid to begin with because the law prohibits it. You do not always need court approval to annul a void marriage, but don't assume this is true in your state without seeking legal advice.

You typically can't get married without parental or court consent if you're not of legal age, but legal age diffes from state to state. In North Carolina, marrying under the age of 16 provides a reason for annulment. In Ohio, the age is also 16, but only for girls; the law requires that males be 18 years old to marry. Underage marriages are usually voidable, not void, which is an important difference. With a voidable marriage, spouses can remain legally married if they agree to do so. Therefore, ending a voidable marriage involves going to court and receiving a decree or judgment that terminates the union. When spouses are minors, their parents or guardians can file for annulment on their behalf.

Your marriage may be voidable if you or your spouse lacked mental awareness of what you were doing at the time you wed. This is mental incompetency and it can cover some broad ground, depending on your state's laws. In Ohio, a court must declare that at least one spouse is legally incompetent before this becomes an acceptable reason for annulment. New York law cites mental illness or mental retardation as grounds, and in Texas, being under the influence of drugs or alcohol may constitute mental incompetency.

Marriage requires honest disclosure between spouses, so if you or your spouse hide something significant from the other, your marriage may be voidable. North Carolina's laws specifically provide that if you say you're pregnant when you're not, it is grounds for annulment. If one spouse is impotent or otherwise incapable or unwilling of entering into a physical relationship, and if the other spouse doesn't find out about the problem until after the wedding, it is usually a reason for annulment as well. Your marriage is also voidable if either you or your spouse was previously married and the marriage didn't end either by annulment, divorce or death. In some states, marrying when you're already married -- bigamy -- constitutes a void, not a voidable, marriage. If you force your spouse into marrying you, this is duress and it is grounds for annulment in some states.

You may not have forever to decide if you want to annul your marriage rather than file for divorce. Underage marriages typically cannot be annulled after one or both spouses reach legal age. In cases of mental impairment, some states disallow annulment if the spouse becomes competent again at some point after the wedding. Many grounds require that you cease living together once you realize the reason that is grounds for having your marriage annulled. Missing deadlines can invalidate your reason for annulment.

Even if you have a valid reason for annulment, the court will only approve your request if you can prove your grounds. This can be a time consuming and adversarial process if your spouse contests the request. If you’re successful, the court's judgment or order declaring an annulment means that your marriage never legally existed. This is in contrast to a divorce, where the court orders that an existing marriage be legally ended. If you are entitled to ask for either divorce or annulment, the distinction can affect your ability to receive alimony because support is often not granted in cases of annulment. In some states, like New York, courts will usually divide property or debts that you and your spouse acquired together when granting an annulment; but in other states equitable division of property is only granted through divorce.

Divorce is never easy, but we can help. Learn More
How to Get a Divorce if Your Marriage Was Never Valid

North Carolina, like most states, allows parties to obtain an annulment rather than a divorce. Qualifying for an annulment isn't easy, however. Certain conditions must be met. If a court finds that grounds for annulment are present, it will grant the request. Unlike a divorce decree, which ends a marriage that legally exists, an order of annulment treats the marriage as though it never existed at all.

Divorce ends your marriage, and an annulment "erases" your marriage — it declares that you never legally married in the first place. It is far more difficult to get an annulment in Wisconsin than a divorce; regardless of how long you were married, certain legal circumstances must exist before a court will allow it. Unless you choose an annulment for religious or personal reasons, you can usually dispense with your marriage much more quickly and easily by filing for divorce.

The Limitations for Getting an Annulment

Very few couples can annul their marriages -- it's usually much simpler to divorce instead. In most states, annulment ...

How to File for an Annulment in Maryland

You can only file for annulment in Maryland if your marriage possesses certain defects. For example, if your spouse ...

What Could Be Physical Incapacities in an Annulment?

It’s generally difficult to convince a court to grant you an annulment rather than a divorce. An annulment is a ...

Divorce constitutes an end to a marriage, while an annulment deems a marriage never existed. Over time, however, the ...