Reasons for Filing for Divorce

Divorce is the legal severance of a marriage, allowing each partner to go his or her separate way, subject to any lingering orders of child or spousal support and property division. The reasons people file for divorce are as many and varied as the reasons they fall in love and marry. Divorce grounds include infidelity and abuse, while a no-fault divorce may be filed simply because the couple chooses to go their separate ways. 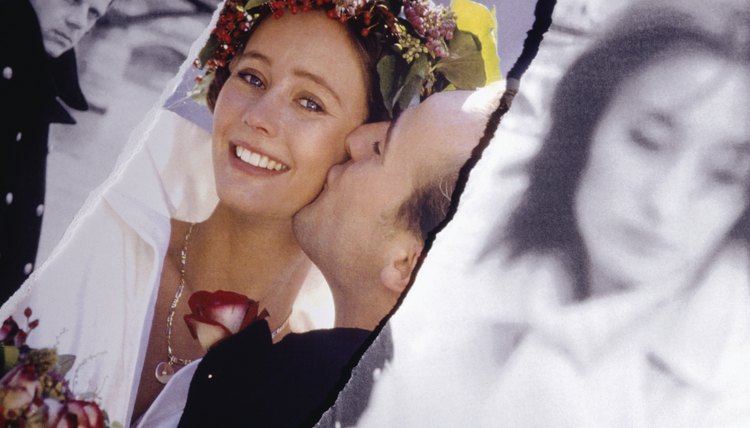 Beginning in the 1960s, every state in the U.S. has adopted some form of no-fault divorce law, allowing couples to divorce by mutual agreement without having to prove that one person caused the divorce to fail. Couples filing for divorce under no-fault divorce laws can simply demonstrate "an irreparable breakdown" in their relationship. Common reasons for filing for no-fault divorce include infidelity, economic problems or simply growing apart, especially after children of the marriage have grown and left the home. Inability to communicate with one another or lack of common interests can also form the basis for no-fault divorce.

While some states have eliminated fault-based divorce proceedings in favor of no-fault divorces, other states have maintained the ability of spouses to divorce on statutory or common-law fault grounds. Grounds for at-fault divorce have historically included desertion, habitual drunkenness, adultery, fraud in the marriage contract, cruelty and abuse. Conviction for a felony crime, long-term imprisonment, insanity and commitment to a mental institution are also common state fault grounds for divorce. These traditional grounds for divorce may still play a role in determining property divisions and child or spousal support in a modern divorce.

Advantages of Divorce over Separation

One reason to divorce is to terminate the financial, legal and emotional ties that may linger through a period of separation. Informal separation--where the spouses simply go their separate ways with no legal agreement or court action--leaves both spouses liable for shared credit card and loan accounts. Divorce ends these untidy financial entanglements. Formal separation, in which a court order specifies which partner is responsible for bills, may satisfy the need to put financial issues in order, but still precludes either spouse from remarrying and leaves both spouses in danger of an accusation of adultery if either engages in a new romantic relationship. If true love surfaces again, legal divorce from the first spouse may be the only solution.

Some couples may be compelled to divorce in order to secure government-funded long-term medical care for one of the spouses. Married couples must effectively impoverish their marital estate--jettison all their assets and reduce their net worth to the poverty level--before one of the partners can qualify for Medicaid coverage for long-term care. By divorcing, the healthier spouse may be able to retain some marital assets while allowing the spouse who needs long-term residential care to qualify for the federal program. Divorce in this situation may actually be an act of love and commitment, allowing one spouse to receive the necessary medical care and the other to continue through his or her last years with enough assets to preserve comfort, independence and dignity.

Divorce is never easy, but we can help. Learn More
What Are the Benefits of Legal Separation Vs. Divorce?

Marital misconduct is unacceptable behavior committed by a spouse during a marriage in North Carolina. A spouse may use marital misconduct as a reason for a legal separation and for postseparation support -- which is awarded during proceedings and before a final alimony order. Marital misconduct may also influence the court's decisions with regard to alimony.

No matter which state you live in, you must have grounds to file for divorce. All states allow for "no-fault" divorce, ...

Desertion Penalty in a Maryland Divorce

When a relationship goes through a difficult time or reaches an end, a husband or wife may decide to leave the marital ...

Which States Are No-Fault Divorce States?

All states offer some version of no-fault divorce. California was the first to pass no-fault legislation in 1970, while ...