After a marriage ends, former spouses may find love with new partners and decide to remarry. A previously married individual cannot remarry until after a court has issued a judgment of divorce — California law requires at least six months between the date of filing for divorce and the judgment. Remarriage may affect the legal issues from an individual's previous marriage. For example, an ex-spouse's remarriage may affect child custody, child support or alimony terms established during a past divorce. 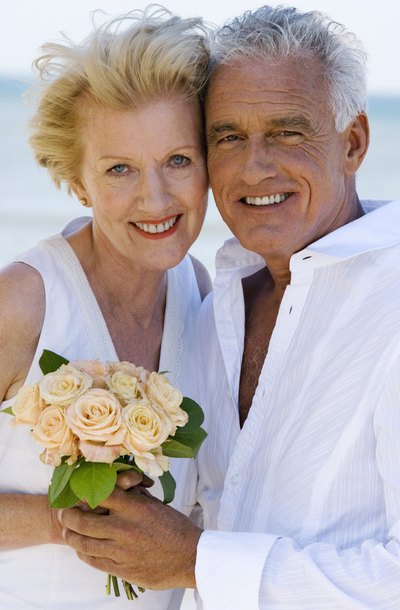 When applying for a marriage license to remarry, you must disclose the judgment date on which the previous marriage legally ended and the reason for the marriage's ending. California law does not impose a waiting period for remarriage after a judgment of divorce. Some California counties require a copy of the court order for divorce or annulment before they issue marriage licenses for subsequent marriages. Counties request information regarding the end of your prior marriage because state laws prohibit marriage if you are currently married to someone else. If you remarry while already married, the new marriage is invalid, unless your previous spouse has been absent, missing or thought dead for at least five years. In that case, the marriage is valid but either party in the later marriage may choose to pursue an annulment if the former spouse reappears or turns out to be alive.

Parents may want to know if a remarriage can affect an existing order for child custody. For example, a parent may wish to relocate with the child or change the child's living arrangements to accommodate a new partner. California custody laws determine the criteria for a change in custody, also known as a modification, and set the requirements for a family court to consider. If parents agree to a new arrangement, they may be able to set new custody and visitation terms without court proceedings. In general, a parent cannot obtain a modification without the other parent's consent unless the court finds a significant change in circumstances that would affect the children's best interests. The remarriage of a parent or the presence of a new partner in the child's home may qualify as a change in circumstances.

Divorce is never easy, but we can help. Learn More
Laws of Divorced Living Arrangements in Georgia

Effect of Cohabitation on Child Custody in Kansas

When unmarried, separated or divorced parents raise their child in two households, one parent's cohabitation with a new partner may cause problems. For moral, personal or religious reasons, a parent might feel uncomfortable about the child living in a home the other parent shares with someone outside of marriage. Also, a parent may have safety concerns or distrust the ex-spouse's partner or roommate. Due to factors in Kansas law, cohabitation may affect parents' court-ordered custody arrangements.

Cohabitation and Custody Under Arkansas Law

If parents have a custody dispute, they may need guidance through a court order. In Arkansas, custody laws require a review by a judge when the parents cannot agree on custody. Not surprisingly, some parents might begin dating other people while they have custody disputes or share co-parenting duties. A parent's new relationship and cohabitation might affect a judge's decision in the initial custody dispute or in the modification of an existing custody order.

When you divorce, a New York court likely will order child support as part of your divorce decree. The amount awarded ...