How to Replace a Trustee of a California Living Trust

A living trust is a revocable trust created during its creator's lifetime. The creator is also the trustee, and he can tweak its terms any time he likes. He can also name another trustee, if he wishes, and remove that trustee at any time. When the creator of the trust dies, however, his trust becomes irrevocable. This shifts the power to his successor trustee, the individual he named to take over for him after his death. Under some circumstances, California law allows the decedent's beneficiaries to remove the named successor trustee and nominate someone else to serve instead. 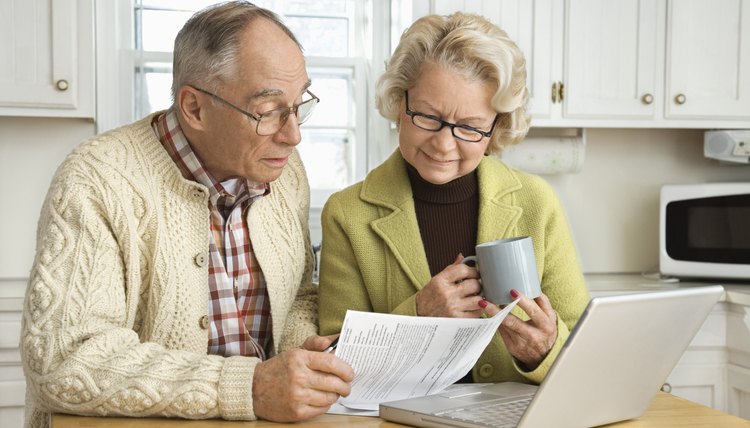 Review the trust documents. If they include a “certificate of independent review,” it may be difficult to replace the trustee under California law. This means that its creator consulted with an attorney before selecting his successor trustee, and the attorney counseled him regarding his choice and approved it.

Collect documentation to prove your position that the court should remove the existing trustee. You must have grounds to remove and replace the trustee. In California, these grounds include refusal or failure to perform the tasks associated with the job, bickering with co-trustees to the point where the behavior impedes settlement of the trust or a breach of fiduciary duty, meaning that the successor trustee committed some act that was detrimental to the trust or its beneficiaries.

Complete a petition asking the court to remove the successor trustee. California offers an extensive self-help website that provides these forms, and they are also available from other websites. Fill in the blanks, identifying your relationship to the trust, such as if you are a beneficiary, a co-trustee or have another interest in its administration. Explain why you think the court should remove the trustee and attach copies of the proof of wrongdoing you’ve gathered.

Serve a copy of your completed petition on everyone who has an interest in the trust. These include all beneficiaries, as well as the successor trustee and any co-trustees. The petition includes spaces for you to list the names and addresses of all these people. California law allows you to serve them by mail, but a disinterested party must be the one who actually deposits the petition in the mailbox or takes it to the post office.

Ask the person who mailed your petition to sign the second page, attesting that he placed copies in the mail to everyone you listed.

File your completed petition with the probate court in the California county where the creator filed his trust. The court will notify you if a hearing is required.

Protect your loved ones. Start My Estate Plan
Removing a Successor Trustee

How to Remove an Executor or Trustee for California Probate

If an executor or trustee fails to perform her various duties, California law allows an interested party to petition the probate court to remove and replace her with someone else. Several types of breach or mismanagement can lead to the removal of an executor or trustee, but the petitioner will need to be able to support his assertions before the court.

How Do You Remove the Executor of a Living Trust?

The executor of a living trust, normally known as the trustee, is vested with the power to administer trust assets on behalf of the trust beneficiaries in conformity with the terms of the trust deed. The ease with which he can be removed from his position depends on a number of factors, including whether the trust is revocable or irrevocable.

How to Delete a Trustee From a Trust in California

A trust is a legal device that allows someone to place assets under the control of a trustee for distribution to ...

How to Sue a Co-Trustee in Illinois

A co-trustee can hold significant influence over a trust’s beneficiaries. In Illinois, a trustee is granted extensive ...

If you are a beneficiary of a trust and believe the trustee is incompetent, it may be possible to petition a probate ...

What if You Violated an Irrevocable Trust?

The person appointed to oversee an irrevocable trust must act according to the terms of the trust and in the best ...