What Is Required to Produce a Will for Probate in Alabama?

When an Alabama resident dies and leaves a will behind, that will must be filed with an Alabama probate court so that its validity can be tested and its instructions can be carried out. What is required to produce a will for probate in Alabama is set by the Alabama Probate Code and the county probate courts. 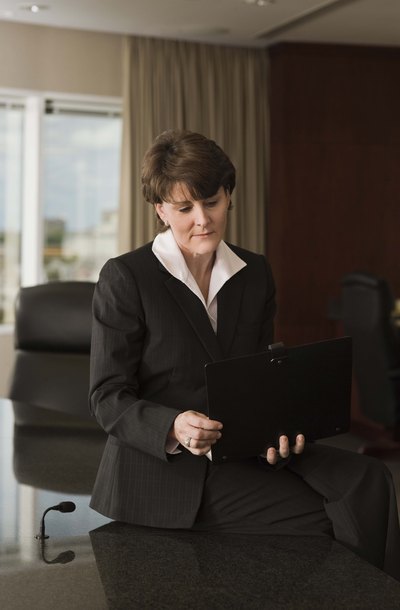 Who Should Produce the Will

A will can be filed for probate in an Alabama probate court by anyone with an interest in seeing the will probated. This person may be a beneficiary listed in the will, a person who would receive property if there was no will, or the personal representative of the estate, who is also named in the will. Alabama law also requires anyone who has the will to either file it with the probate court or to give it to someone who will file it, according to the Mobile County Probate Courts.

When Should the Will Be Produced

In Alabama, a will must be probated within five years of the death or it is considered null and void, according to the Mobile County Probate Courts. Regardless of this time frame, however, the will should be produced and filed with the probate court as soon as possible after the death of the person who made the will. A delay in filing the will merely means that the beneficiaries will wait that much longer before they can receive the assets the will leaves to each of them.

Where Should the Will Be Produced

In Alabama, a will should be filed with the probate court in the county where the person who made the will has died, according to the Mobile County Probate Courts. Some Alabama counties do not have a separate probate court, but handle probate cases such as wills through the county's district courts. Your Alabama phone directory can provide the phone numbers for the courts in each county, in case you have specific questions about the place to bring the will for filing.

What If No One Produces a Will?

If the will is not produced and filed with an Alabama probate court, then the will has no legal effect, according to the Mobile County Probate Courts. If you or another beneficiary does not want to file the will for some reason, you should consult an attorney who practices estate law in Alabama to learn the legal implications of failing to probate a will. If you know who has the will but that person refuses to produce it, you may petition the court to order that person to give up the will, according to the Mobile County Probate Courts.

Protect your loved ones. Start My Estate Plan
Are Wills Filed With the State?

The Meaning of Denied Probate

State probate courts, sometimes known as surrogate’s courts, are charged with probating decedents’ wills. But before the probate process commences, courts must ensure that each will is legally enforceable. If a probate court finds a will to be defective or invalid, the will can be denied probate, in which case, the estate will be distributed in accordance with the state’s intestacy laws instead.

Most states, including Alabama, have rules about who may contest a will and for how long after death someone is permitted to do so. The length of time you have to challenge a will after someone has died is sometimes referred to as the statute of limitations for contesting a will. Depending on the circumstances, you may have as few as six months or as many as 20 years after the death before the statute of limitations runs out.

How Long Does a Person Have to Contest a Will?

Most states give you a specific window of time in which to contest a will, and the clock starts ticking once a will is ...

Getting a Copy of a Last Will and Testament in Tennessee

In Tennessee, a will executed by a testator (the person making the will) is typically available only after the testator ...

How to Look Up Wills Filed in VA

A will is a document that sets forth a person’s wishes for the disposition of their property after death. To become ...

Do Wills Need to Be Filed With a Court?

A will needs to be filed with a court after the death of the testator. This filing begins the probate process which ...