Requirements for a Legal Will in Minnesota

Anyone at least 18 years of age and of sound mind can execute a will in Minnesota. The state does not recognize oral or unwitnessed wills executed in the state, but will consider such wills if validly executed in a different state.. 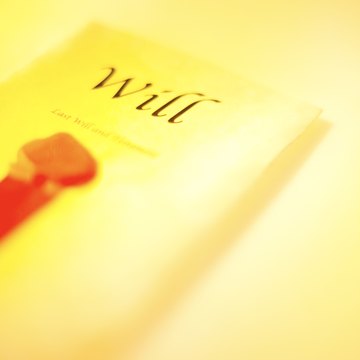 A will executed in Minnesota must be in writing, and it must be witnessed. It must be signed by the testator, the person making the will, or by someone else at his express direction. A court-appointed conservator can also sign the will on a testator’s behalf. If referenced in a will, property other than money or property used in business can be disposed of by a separate written document or list.

A will needs two witnesses present at the time of signing. The witness must be a credible person, generally anyone of sound mind and without felony convictions or crimes of moral turpitude. The witnesses can be individuals who receive property or other consideration under the will. They must sign the will within a reasonable time of witnessing the testator’s signature.

A will executed in a state other than Minnesota will be recognized so long as it would have been valid in the state in which it was executed at the time of execution. If the testator dies in a state other than where the will was executed, the will is valid in Minnesota if the will would have been valid in either the state of its execution or where the testator had his residence at the time of death.

A will can be made self-proving by having the witnesses execute notarized affidavits. The purpose of a self-proving will is to make it unnecessary to have the witnesses appear in court to verify the authenticity of a will. A will can also be deposited in a court for safekeeping during the testator's lifetime according to its local rules, but it must remain sealed and confidential.

Protect your loved ones. Start My Estate Plan
Are Holographic Wills Legal in the State of Tennessee?

Tennessee Law on a Living Trust

A living trust can be used to safeguard your property during your lifetime and help avoid probate at death. In Tennessee, it is common for the creator of a living trust to oversee the distribution of the trust's funds and receive trust income during his lifetime. Knowing the requirements for creating a living trust and the circumstances in which it may be modified will ensure that your trust operates according to your wishes in Tennessee.

Your will can name someone to manage your estate, dictate who should inherit your property and even nominate guardians to look after your minor children when you die. However, your will cannot do any of these things if it is not valid under your state’s laws. Colorado allows holographic wills, but each must meet certain standards under Colorado law.

Legal Requirements of Wills in Delaware

What Constitutes a Legal Will in Pennsylvania?

Each state has its own laws on what constitutes a valid last will and testament. In most states, a will must be in ...