How to Revoke a Petition to Sponsor an Immigrant 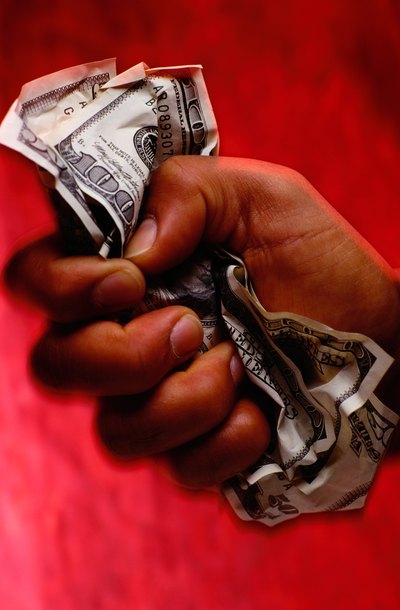 Applicants for immigration to the U. S. are often required to have a financial sponsor. A spouse, parent, child, or in some cases an employer or fiance may sponsor an individual seeking to gain permanent residence in the U.S. The purpose of the financial sponsor provision in the immigration act is to ensure that a person new to this country will not become a burden on the government's financial resources by seeking public assistance.

To become a financial sponsor for an immigration applicant, an individual must provide proof that he can financially support the applicant by completing Form I-864, the Affidavit of Support, and submitting it with any required documentation. The affidavit is a legally binding contract between the sponsor and the United States government. Because of the seriousness of the agreement between the sponsor and the government, this agreement is not easily broken. The sponsor is legally responsible to the immigrant and the U.S. for the immigrant's financial support. The immigrant or the U.S. government may sue the sponsor, if the sponsor fails to live up to his responsibility.

The affidavit is a contract that may be enforced against the sponsor until the sponsor's responsibility ends. The responsibility to provide financial support only ends when the immigrant becomes a U.S. citizen, dies, leaves the United States, or works for at least 40 quarters in the United States. If the immigrant receives public assistance benefits before any of the listed events takes place, he or the government may sue the sponsor for reimbursement of the benefits provided. If a sponsor attempts to avoid the financial responsibility by moving and fails to provide an address to the Citizenship and Immigration Service within 30 days, he faces a fine of up to $5,000, as of 2013. A sponsor for a spouse should keep in mind that not even a divorce will terminate the duty to provide financial support.

Divorce is never easy, but we can help. Learn More
Can a Wife Be Deported if She Filed for Divorce?

One route immigrants can take to obtain citizenship in the United States is to marry a U.S. citizen. After getting married, the immigrant has the right to apply for permanent residency and, ultimately, citizenship. Depending on your current immigration status, getting divorced during the application process could threaten your ability to remain in the U.S.

What Happens if I Get Divorced After I Submit My Permanent Residency?

If you sponsored a non-citizen for permanent residence in the United States, his immigration status depends on his ...