Rights After Filing for Divorce

Although filing a complaint or petition for divorce sets the wheels in motion to end your marriage, it’s not quite a magic wand that automatically ensures and protects your rights. It’s a big step forward, however, and in some states it can freeze certain aspects of your marriage until the court can address and untangle them. Filing also gives you an opportunity to ask the court for temporary orders, which can go a long way toward safeguarding your rights. 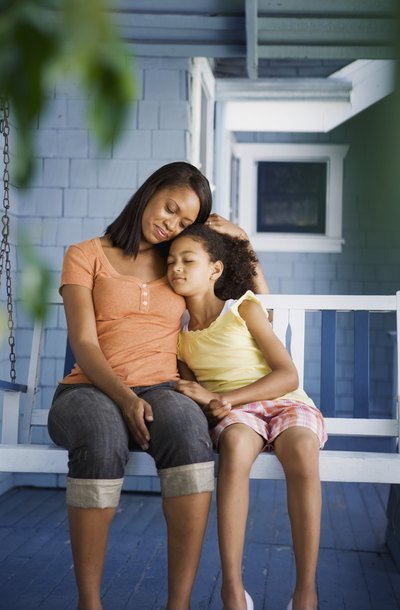 Most states are pretty strict about any insurance coverage that’s in place at the time a spouse files for divorce. For example, New Jersey requires spouses to file certifications of insurance coverage along with their complaints, detailing all policies that are in effect at the time, as well as any that were canceled or changed within the preceding 90 days. Spouses are prohibited from altering any of this coverage during the divorce proceedings without permission from the court. If you’re covered on any policies, including auto or health insurance, you have a right to count on continuation of that coverage, at least until your divorce is final. California law also automatically sets restraints on changing or canceling insurance coverage as soon as a spouse files for divorce.

After you file for divorce, neither you nor your spouse is allowed to sell or otherwise transfer marital assets. You’re not permitted to encumber any marital asset, for example by pledging it as collateral for a loan. Technically, your spouse isn’t even supposed to do this with his separate property: assets that he inherited, owned before the marriage or received as a gift. It’s not a foregone conclusion that you have no interest in such assets because courts sometimes include them in property division under unique circumstances. If you want to make sure your spouse doesn’t sell, encumber or transfer any real property that’s in his sole name before the court can decide whether it’s subject to distribution in your divorce, you have a right to file a notice of lis pendens after you’ve begun divorce proceedings. This notice is recorded by the county so anyone attempting to take ownership of the property is forewarned that title isn’t technically clear yet because your divorce is pending and you might have a stake in its ownership.

Until parents file for divorce, they both have equal rights to custody of their children. Scary as it may sound, either of you could take your kids to parts unknown, against the wishes of or without the knowledge of the other, and you’re not breaking the law. Filing for divorce typically changes this. For example, in California, an automatic temporary restraining order goes into effect as soon as you file for divorce. It prohibits either parent from taking the children out of state without the written consent of the other. Even if your state doesn’t specifically provide for such automatic orders, you can immediately file a motion with the court after you’ve filed for divorce, asking the judge to establish a temporary parenting plan and codify your parental rights in a court order. These custody terms aren’t necessarily permanent – they last only until your divorce is final – but as a practical matter, many courts carry them over into final decrees. If the parenting plan worked out while your divorce was pending and your kids did well with it, judges may see no reason to change it going forward.

After you file for divorce, you have the right to ask the court to address issues of support, either alimony or, if you have children, child support. These orders are also temporary, pending your final decree, but they often carry over in similar amounts if spouses’ incomes don’t change drastically while the proceedings are pending. You have an absolute right to child support while your case is pending if you and your spouse live separately, and you may have a right to spousal support as well, depending on your respective incomes and other factors.

Divorce is never easy, but we can help. Learn More
The Termination of Marriage & a Legal Separation in Oklahoma

Although estate laws vary somewhat from state to state, they generally protect spouses from being completely disinherited or forgotten in a will. However, they do not normally address what might be fair in a divorce situation. There is a window of time during the breakup of a marriage when a soon-to-be ex-spouse can inherit everything you own if you pass away.

Legal Separation Vs. Divorce in California

Most couples receive no real benefit from a legal separation rather than a divorce. It’s generally only suitable when your relationship has deteriorated to the point where you no longer want to be married but, for personal reasons, divorce is not an option. In California, however, there may be one other advantage. If time is of the essence, you can hasten the divorce process by filing for a legal separation first.

If you are a parent and filing for divorce, you can ask the court for custody and visitation orders in addition to other relief you may be seeking, such as property, alimony and child support. If your spouse currently has the kids and you want to see them while the divorce is pending, you can petition the court for a temporary visitation order. This order establishes your visitation rights and remains in effect until the court finalizes the divorce and a permanent order takes its place.

While you're married, you can do what you like with your money and your children, as long as you don't break any laws. ...

Divorce laws can vary from state to state, and this is particularly true with the issue of bifurcation. Bifurcating a ...

All spouses have certain rights, but they’re usually not enforceable without court intervention. Before the court can ...

Can One Spouse Cancel a Joint Insurance Policy During a Divorce?

Divorce can take several months from start to finish, and spouses sometimes find it difficult to work together on ...